SEPTA responds after woman with Alzheimer's dropped off alone on porch 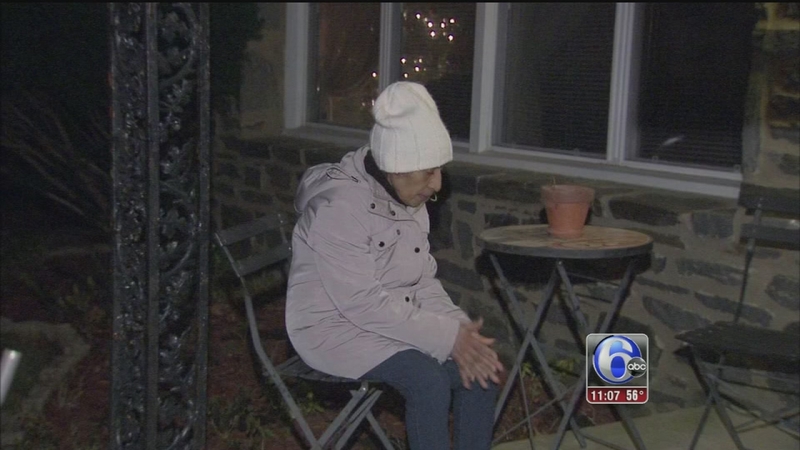 FOX CHASE (WPVI) -- A Philadelphia fire official tells Action News he was stunned this week to find his 82-year-old mother sitting on the front porch by herself after being dropped off by a paratransit agency.

The incident prompted an investigation into exactly how it happened.

"It's irresponsible because she's not like a crate of oranges or a delivery package you drop off on the front steps," said Joaquin Colon of Fox Chase. "This is a human being."

Teresa Colon, who has Alzheimer's, lives with her son.

For about a year now, she has been using SEPTA's CCT Connect for transportation to and from adult day care.

On Wednesday evening, just after 5, Joaquin Colon, a battalion chief with the Philadelphia Fire Department, was on his way home to meet the bus that was dropping her off.

"I got a call from the dispatcher explaining that the bus was in front of the house and I said, 'OK, sorry about that. I'm about 5-7 minutes away, and I'll be right there,' " said Joaquin Colon.

But by the time he arrived, the bus was gone and he found his mother sitting on his front porch.

"I get there, she's shivering, you know, in the doorway, trying to stay warm, so needless to say I was furious," said Joaquin Colon. "They left her just like a delivery package at the front step, and to me that's unacceptable. She could have walked off and got lost."

But SEPTA says it had no idea his mother was an Alzheimer's patient.

"According to our records, we had no indication that the rider needed any special assistance beyond arm assistance when walking," said Cassandra West, a SEPTA spokesperson.

SEPTA said it does offer custodial care to people who may be at risk for wandering, but they have to sign up for it.

"They do have to complete the form. They have to agree to the terms of service and understand what those are," said West.

Joaquin Colon tells Action News he was unaware of the paperwork that needed to be completed.

He said he signed his mother up for paratransit through the Corporation for the Aging.

We were unable to reach anyone in time for this story.

Meanwhile, SEPTA is mailing Joaquin Colon the proper forms, which should make everyone aware his mother requires custodial care, and may have prevented the incident.

"I'll fill it out and send it back, but I mean in this kind of situation there should be some empathy, some sympathy that we'll wait 5 minutes," said Joaquin Colon.

SEPTA tells us it had to make the requirements about a year and a half ago because of widespread abuse of the system.

Before the changes, they would average 90-minute delays 8-10 times a month, leaving other passengers waiting.

The longest delay, SEPTA said, was a 90-year-old man whose caregiver left him waiting on the paratransit bus with the driver for 6 hours and 49 minutes.