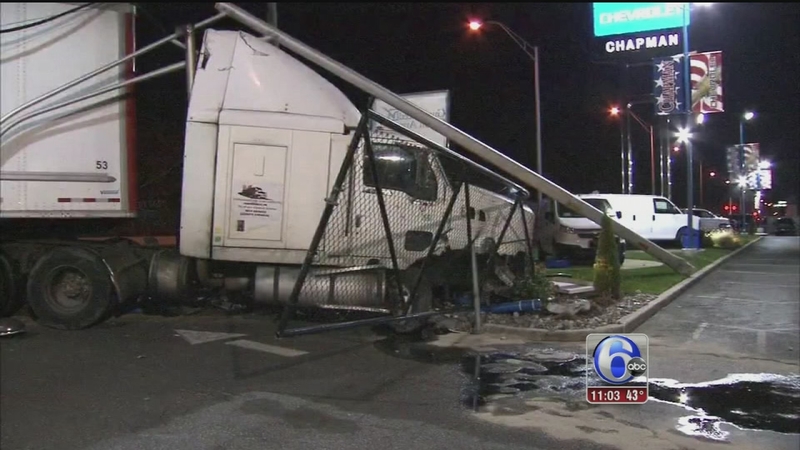 SOUTHWEST PHILADELPHIA -- A truck driver had to be rescued after his big rig crashed into a pole in the parking lot of a car dealership in Southwest Philadelphia.

The accident happened just after 9 p.m. Sunday in the 6900 block of Essington Avenue.

Police said the driver of a tractor trailer lost control of his rig, and hit a utility pole and some parked cars at Chapman Chevrolet.

Officials said live wires fell on top of the truck, complicating efforts to get the driver out, which took more than an hour.

Crews are working to assess the damage at Chapman Chevrolet.