At 7:25 a.m. the two 18-story high rises at the Norman Blumberg Apartments came crashing down.

A massive dust cloud rolled toward our Action News crew on the ground moments after the buildings came down. 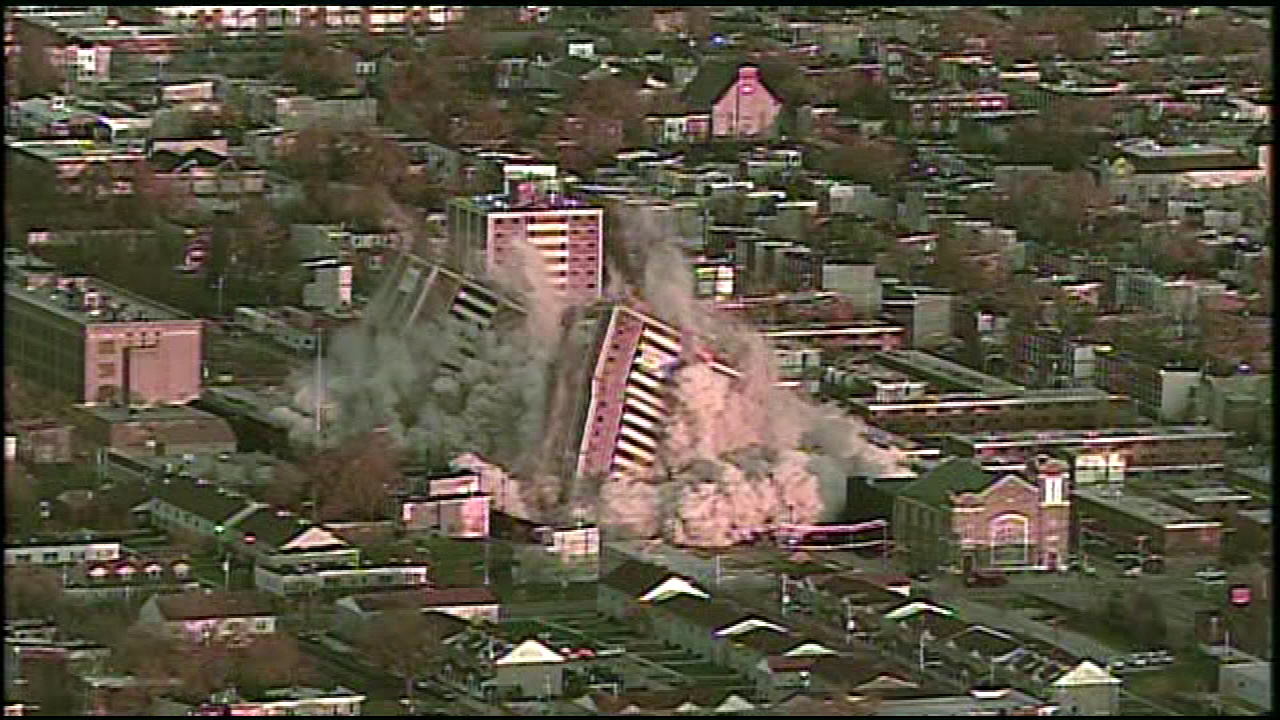 PHOTOS: Implosion of PHA high rises
The Action Cam was on the ground and Chopper 6 was over the scene as two PHA high rises came down Saturday morning.

Dust masks were handed out, but it was still pretty overwhelming. So, people exited the area quickly.

The high rises and 15 low rises in the complex were emptied last year. Residents were relocated and they will have priority if they want to move into the new housing once it's done.

We spoke with folks who used to live in the high rises. Martha Dickens and her grandson moved out in June, and she is anxious to move back when the new housing is complete.

Chopper 6 was over the demolition of two PHA high rise buildings, capturing the moment the came down.

Dickens tells us, "We'll have basements, we'll have backyards, and the kids will be able to play more."

But her 16-year-old grandson, Shyheam White, was more nostalgic. He says, "It hurt. I watched the Blum come down. I didn't watch all of it but I was there for the end of it... It was like my heart was breaking."

For that young man, this is the only place he's ever lived.

Kelvin Jeremiah, Philadelphia Housing Authority CEO, explains, "Folks who live in the community, 70 percent of them do not own the properties that they're in. That will change. Folks have to have a stake in the community if they're going to care in a meaningful way about its vitality."

1,200 new affordable housing units will be built in place of the old buildings.

If you had to leave your homes or move your car due to the demolition, crews are working right now to clear the area. Officials say folks should be able to return home and roads are expected to reopen by early afternoon.
Related topics:
north philadelphiaphilly newsdemolition
Copyright © 2020 WPVI-TV. All Rights Reserved.
More Videos
From CNN Newsource affiliates
TOP STORIES