PHILADELPHIA (WPVI) -- A Philadelphia Flyers fan was named the NHL/NHLPA Most Valuable Teacher of the Year during the season finale Monday night at the Wells Fargo Center.

For being the MVT, Conaway Jr. received a $20,000 grand-prize grant check for his school district.

"The goal is to create a STEM lab for our students truly get the hands on, real life applications of the science we are learning in the classroom. ... This donation will create incredible opportunities for students of Norristown and give them windows in STEM careers and have the potential to change their lives for the better," he said. "It always has been and will always be about what's best for our students and this donation will certainly change lives." 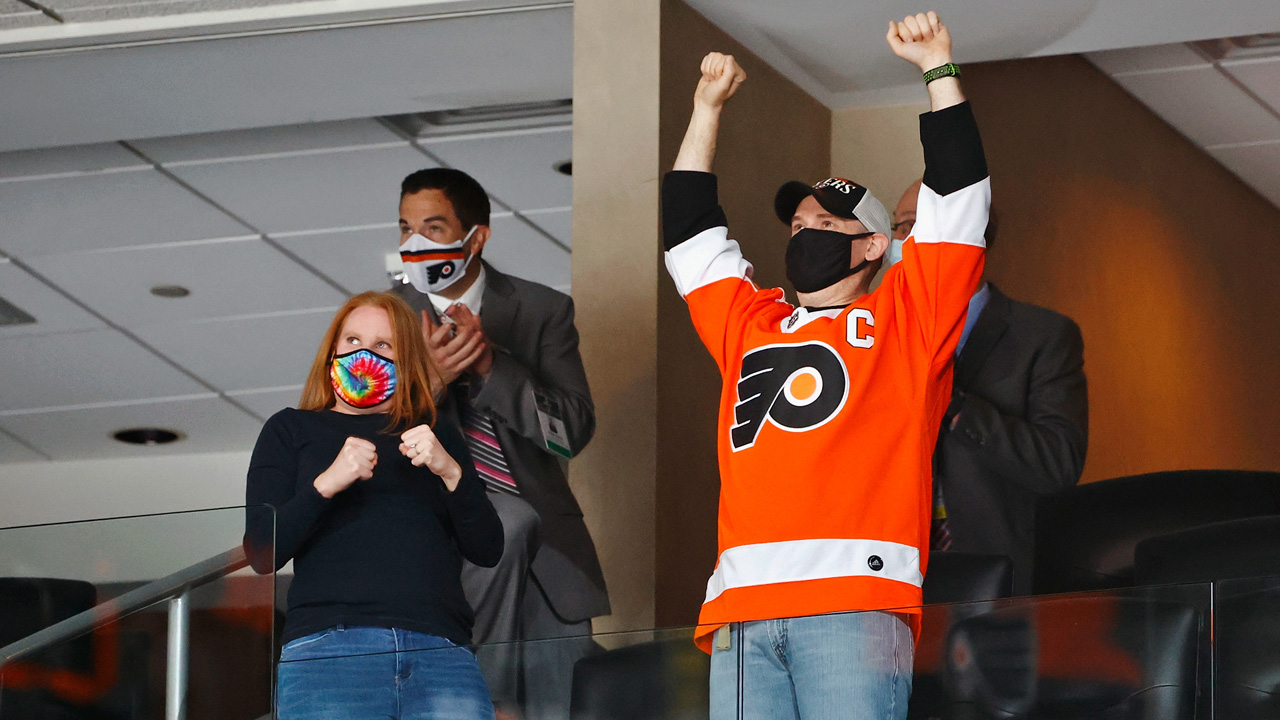 Conaway Jr., who has been teaching for 14 years, believed he was at the game to be honored along with other frontline workers, so he was very surprised when he heard his name as the MVT over the arena speakers.

"I was truly speechless," Conaway Jr. said. "I was beyond excited because of the potential impact that this will have on the students of the Norristown Area School District."

The award was determined by public vote and Conaway Jr. won over other teachers throughout North America.

Conaway is no stranger to being honored by the Flyers.

Congrats to Donald Conaway on winning the Future Goals Most Valuable Teacher award for March.

He was named Most Valuable Teacher of the Month for March which put him in the running to win the year-end award.

For winning Teacher of the Month, he received a $10,000 grant, a signed jersey and a video message from Flyers goalie Carter Hart during a ceremony last month. 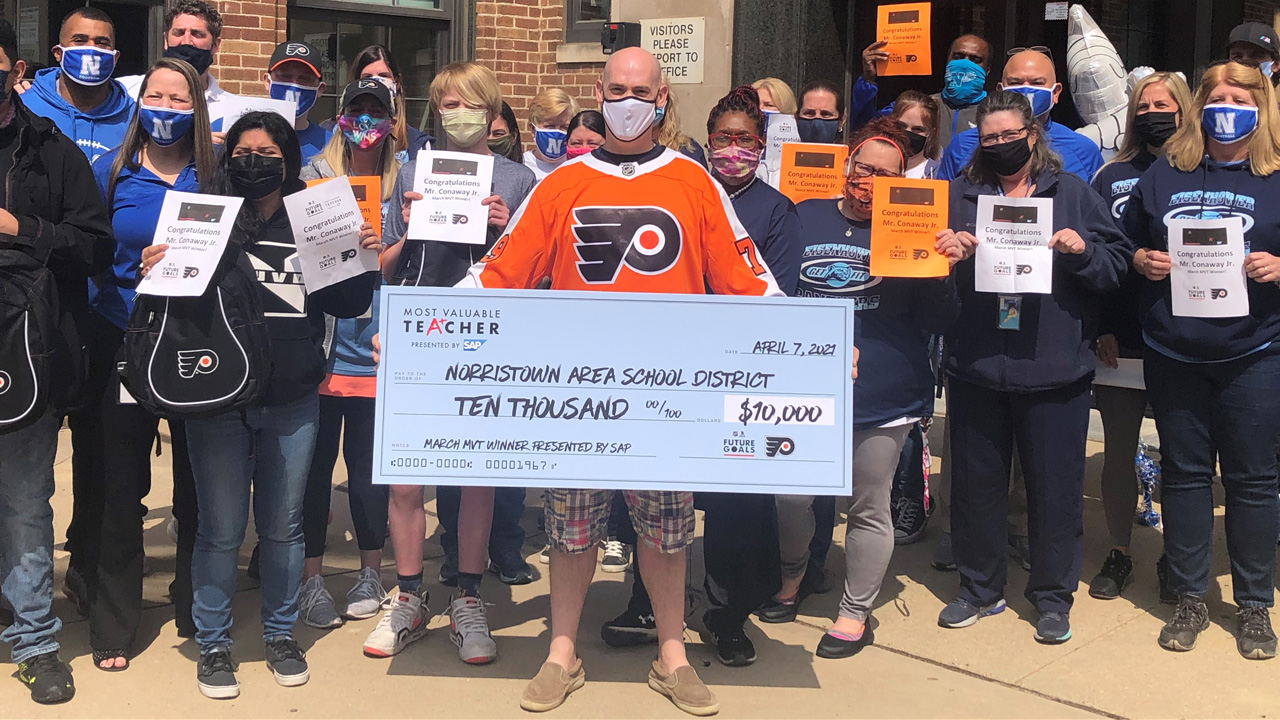 Conaway was also honored by the Flyers in April when he received a $10,000 grant check and a signed jersey and congratulatory message from Flyers goalie Carter Hart.