You can play as Gritty in NHL20 video game, EA Sports explains how You can play as Gritty in new NHL video game

PHILADELPHIA (WPVI) -- When we had the opportunity to speak to William Ho, the creative director of EA Sports NHL, we had one very important question to ask him.

His response: "You can."

Gritty is indeed a playable character in the latest edition of EA Sports' NHL video game franchise, which was released on Friday for PS4 and Xbox One. 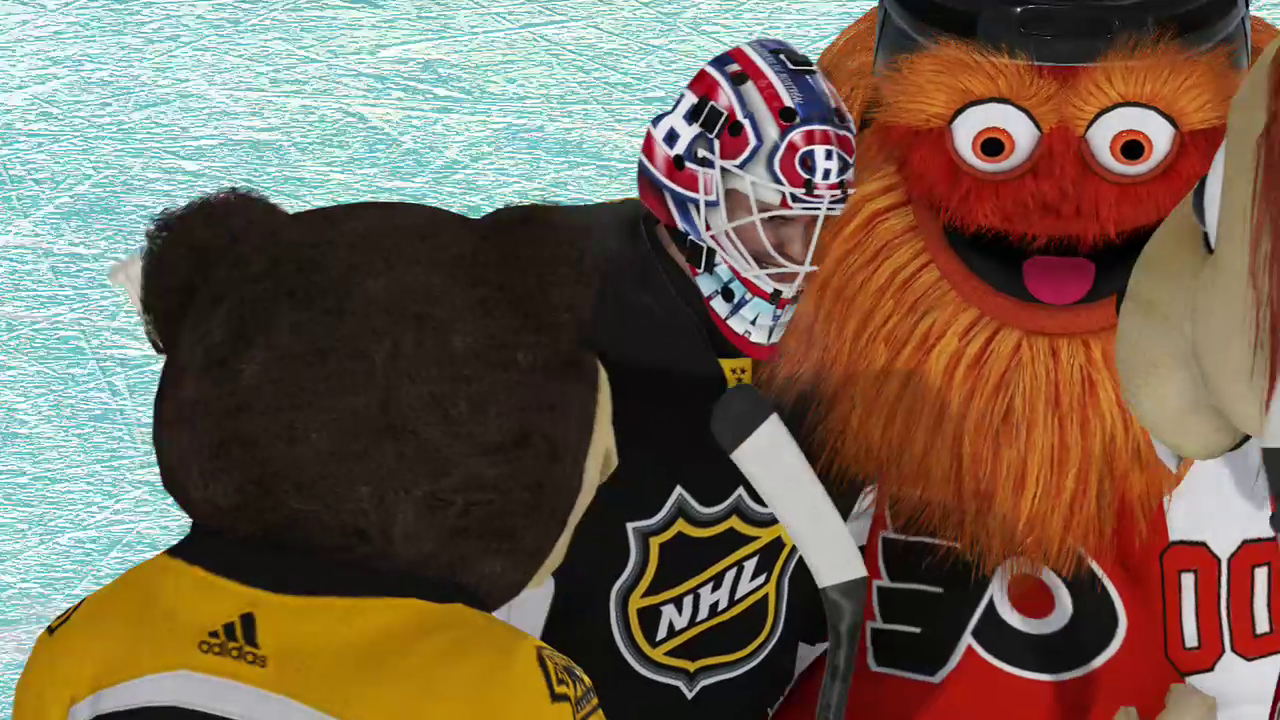 The Flyers' furry, funny, and feisty mascot can be selected when playing in Ones or Threes mode.

"We have Ones, which is an off-line version, where you and two other buddies can sit on your couch and play free-for-all pond hockey. We have a number of NHL stars, alumni players, and mascots that you can unlock with this mode and one of them is Gritty. So you can play as Gritty against other mascots, against current starts like Auston Matthews, Conor McDavid, legends like Mariou Lemieux. It's great, great fun," Ho said.

You do have to work a little to unlock Gritty in this mode, Ho explained. 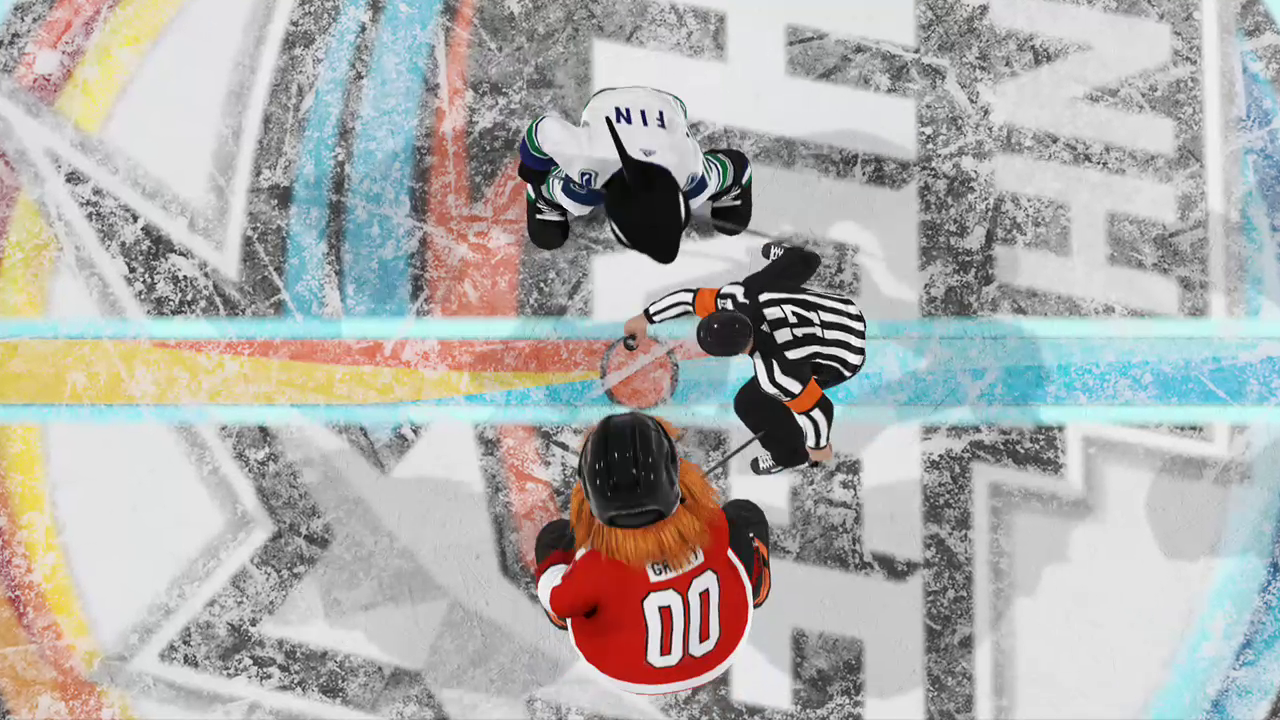 Threes is EA's arcade-inspired, over-the-top hockey mode played in a smaller rink than the traditional gameplay.

"The skating is faster. The hits are bigger. The presentation is just over the top, it's cranked to 11. You can play as Gritty alongside stars like [Claude] Giroux. You can work your way around the National Hockey League playing against other teams, their players, and their mascots," Ho said. 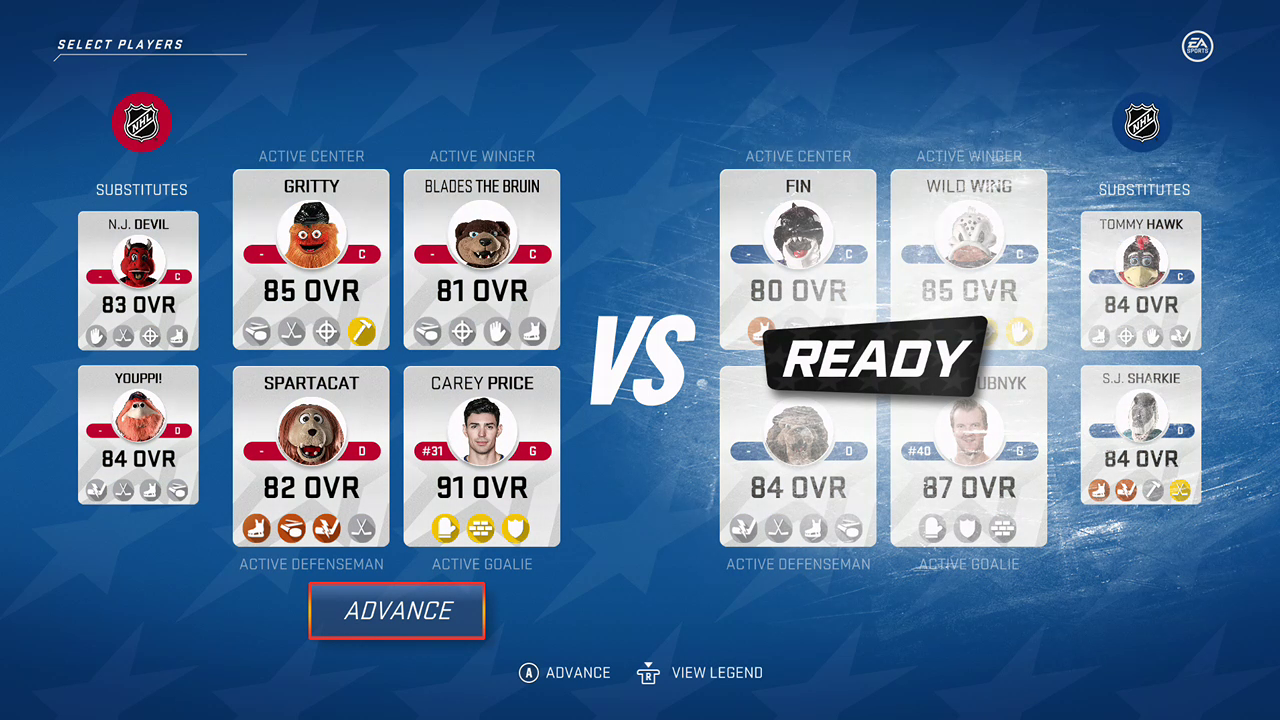 Gritty is not the only newest feature in NHL20. Using RPM Technology, Ho said EA has revamped the shooting, the passing, one-timers, puck pickups, and more.

"What fans are going to experience is that all the gameplay is much more fluid and faster. The overall game speed is way up," Ho said.

To display the authenticity of an NHL player's abilities, the creative team recorded thousands of animations at their motion capture studio in Vancouver, British Columbia and integrated them into the game.

"What RPM Technology does is it allows us to seamlessly transition from one animation to another based on your player input - so any change in direction, change in speed, any action you take while you're skating - whether it's dishing the puck, receiving the puck, or attempting a one-timer. There's literally hundreds and hundreds of animations just for shooting. So when Giroux takes a shot or [Shayne] Gostisbehere takes a shot, it's always the right shot for the right context. And they just look amazing," Ho said.

Gritty's style of skating was also taken into account.

"We did motion capture with different sized skaters and different style skaters. One of the styles is particular suited to a guy who is wearing a bulky suit and has longer strides. While we didn't motion capture mascots, we do have a skating style that make the mascots look different from players like Patrick Kane or Johnny Gaudreau," Ho said. 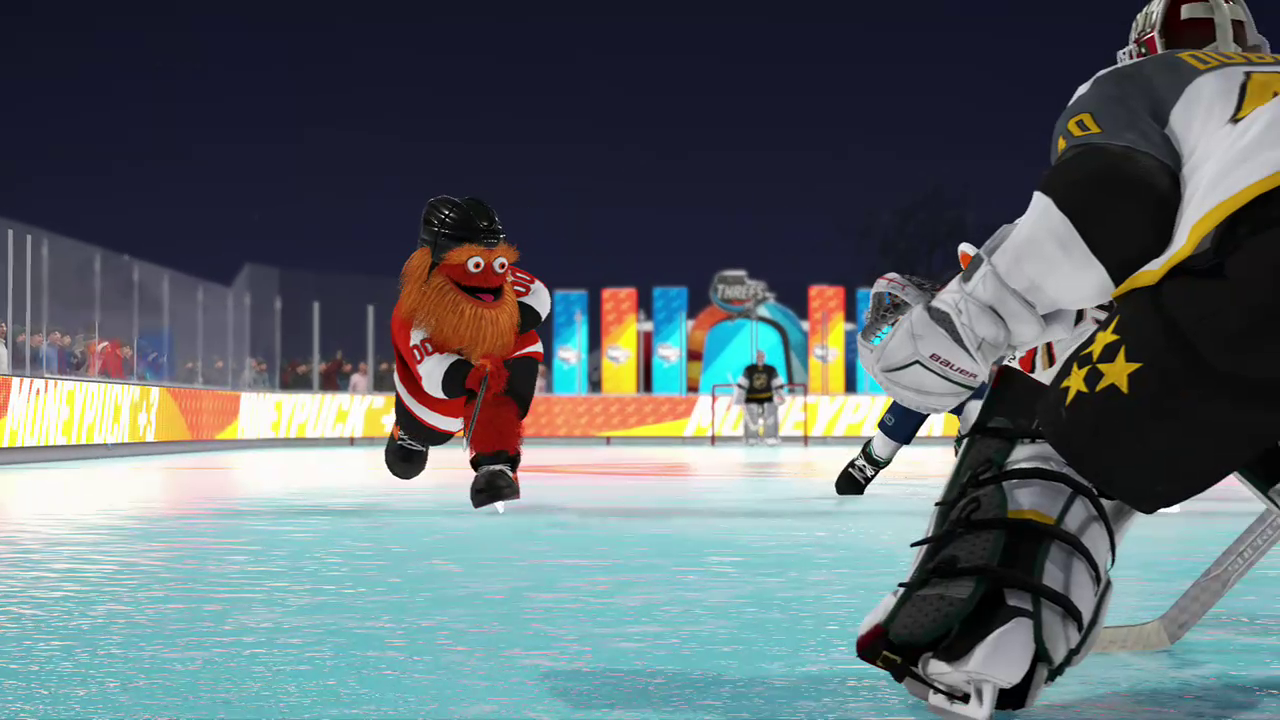 Despite Gritty falling on the ice during his Wells Fargo Center debut, he has proven himself to be a very skilled competitor; from ax throwing to 'running' to playing football, Gritty is a true athlete. 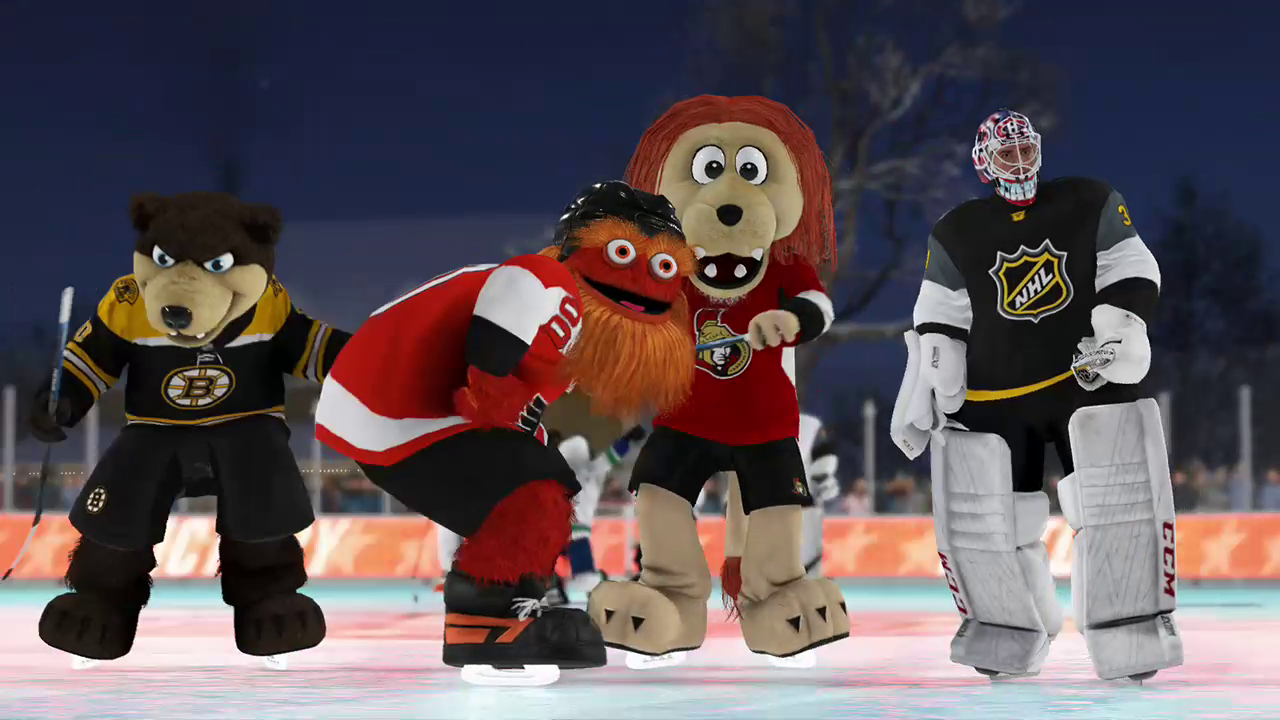 So could Gritty make his way on the cover of NHL21 next year?