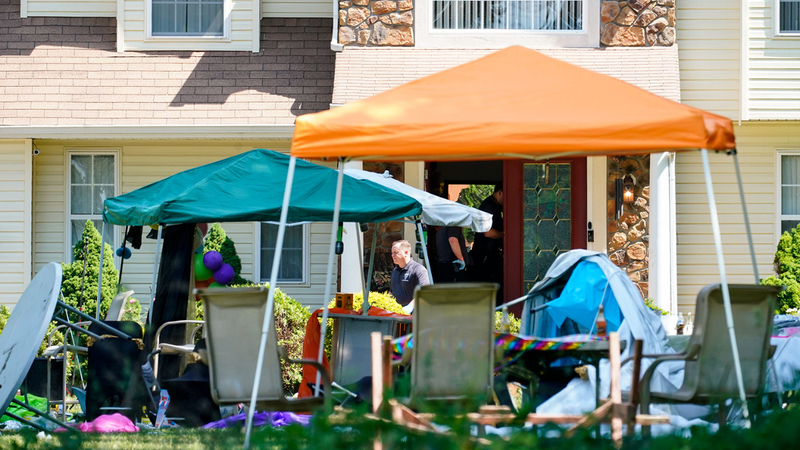 The gunfire erupted while authorities say hundreds were attending a party on E. Commerce Street in Cumberland County around 11:50 p.m.

People started running for their lives immediately after the rapid gunfire rang out.

"There's a lot of people shot," said one woman.

Braylin Holmes, 19, was one of three people killed during a mass shooting at a house party in Cumberland County, New Jersey

"It's been a lot of girls being shot and my sister is out there and she's pregnant," said another woman.

In the chilling audio, you can hear the dispatcher try to calm frantic callers while also working to determine where the shooting occurred, and how many people were injured.

"How many people are shot? Where are you?" the dispatcher asks one person.

Webb-McRae told Action News there was no update on the case on Thursday. Two men, Kevin Dawkins and Darrell Dawkins, have been arrested on weapons charges in connection with the case. A shooter has not been identified at this time.

Darrell Dawkins, 30, of Bridgeton was charged with numerous weapons offenses.

Multiple firearms and shell casings were recovered from the scene, New Jersey Attorney General Gurbir S. Grewal said. He added that the state will be working with federal partners to determine where the guns originated from and whether they can be linked to other recent acts of violence in the area.