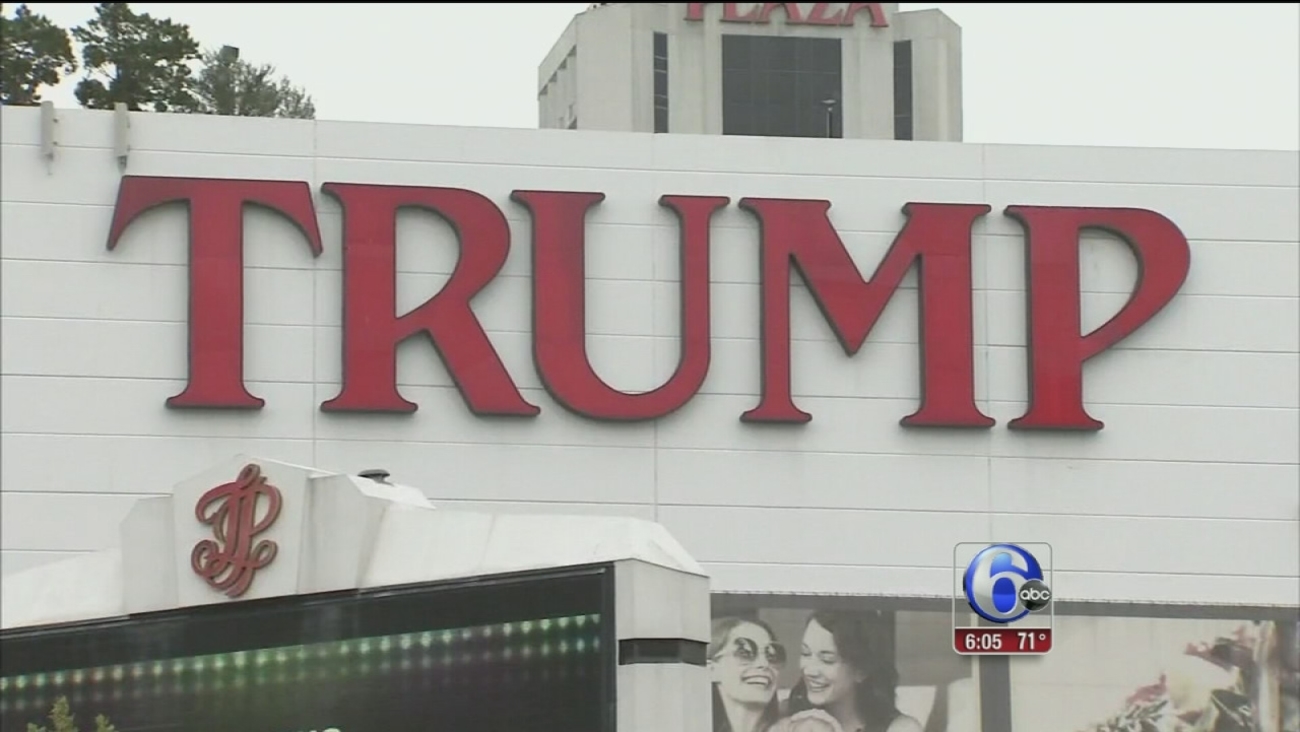 Trump has expressed an interest in getting back in to Atlantic City. (WPVI)

ATLANTIC CITY, N.J. -- The parent company of Trump Plaza wants permission from a bankruptcy court to sell off its assets, including gambling equipment and furniture.

The sale would help Trump Entertainment raise money for its ongoing bankruptcy proceedings, and would spare it the expense of storing and maintaining the equipment.

The filing did not specify how many items the company wants to sell. Trump Entertainment CEO Bob Griffin said the proposed sale includes older slot machines from Trump Plaza, but could not say how many might eventually be sold.

According to the most recent report filed with the state Division of Gaming Enforcement, Trump Plaza had 56 table games and just under 1,600 slot machines as of Sept. 9.

Atlantic City began the year with 12 casinos. It now has eight, with Trump Plaza being the fourth to go out of business.

When the Atlantic Club closed on Jan. 13, Tropicana Entertainment, one of its co-purchasers in a bankruptcy auction, took its gambling equipment and customer lists.

When the Showboat closed on Aug. 31, its parent company, Caesars Entertainment, said it planned to distribute most of the Showboat's slot machines and table games to its three other casinos in Atlantic City: Bally's, Caesars and Harrah's.

Revel, which closed Sept. 2, has not disposed of its gambling equipment, which is the subject of wrangling in bankruptcy court between the casino and a slot machine company that claims it is owed money.

Trump Entertainment filed for bankruptcy on Sept. 9, the fourth Chapter 11 filing for the Trump casinos.

The company has one remaining casino, the Trump Taj Mahal, and is threatening to close it on Nov. 13 if it doesn't win union concessions, including having employees give up their health insurance and pensions.

Wayne Parry can be reached at http://twitter.com/WayneParryAC