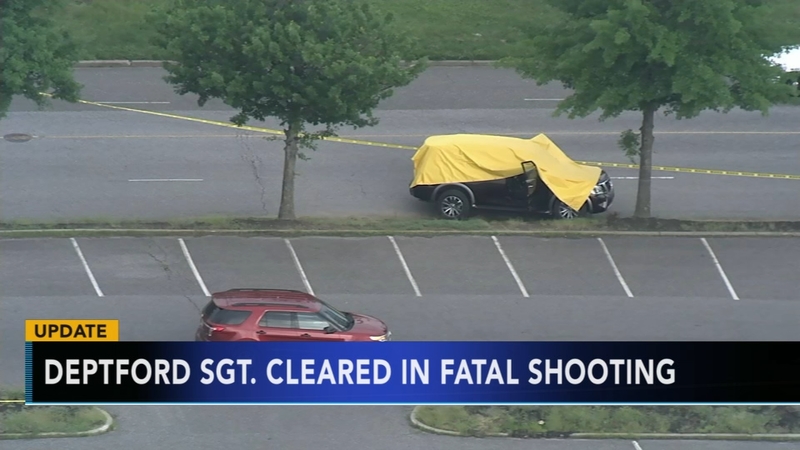 DEPTFORD, N.J. -- A grand jury has cleared a New Jersey police officer in the shooting death of a Philadelphia woman who allegedly drove an SUV toward him while fleeing a shoplifting.

The Gloucester County Prosecutor's Office made the announcement Thursday. It had reviewed the actions of Deptford Police Sgt. Kevin Clements, who fatally shot 36-year-old LaShanda Anderson after he responded to a shoplifting incident at a department store in June.

Authorities say Anderson tried to run over two officers with her car as she fled. Clements fired his weapon striking Anderson twice.

Two other people who were with Anderson at the store were arrested at the scene and face various charges.

Clements is a 19-year police veteran. He had been placed on administrative leave pending completion of the investigation.