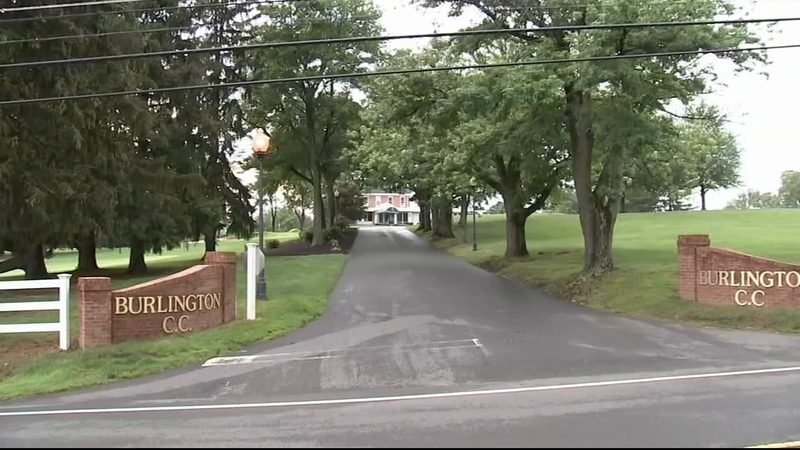 WESTAMPTON TWP., New Jersey (WPVI) -- A man has died after he was struck by lightning while on a New Jersey golf course on Wednesday afternoon, Action News has learned.

It happened around 3:45 p.m. at the Burlington Country Club located on the 100 block of Burrs Road in Westampton Township.

Officials tell Action News that a man was struck by lightning while playing golf between the 6th and 7th holes during a thunderstorm.

According to Westampton Township police, the victim was found under a tree; detectives believe he was seeking shelter there.

Police also say the tree was struck by the lightning bolt first.

"It was bizarre," said neighbor Norm Jones, who lives right by the golf course.

He says that it didn't really look like a storm was coming through Wednesday afternoon.

"It was sunny; thundering and lightning with the sun out," said Jones.

REPORTS SO FAR
We've heard of 2 people struck by lightning this afternoon and this is a good time to remind you that no place outdoors is safe during a thunderstorm. We've also had some severe wind gusts with some storms to our south. pic.twitter.com/bhaERNETMu