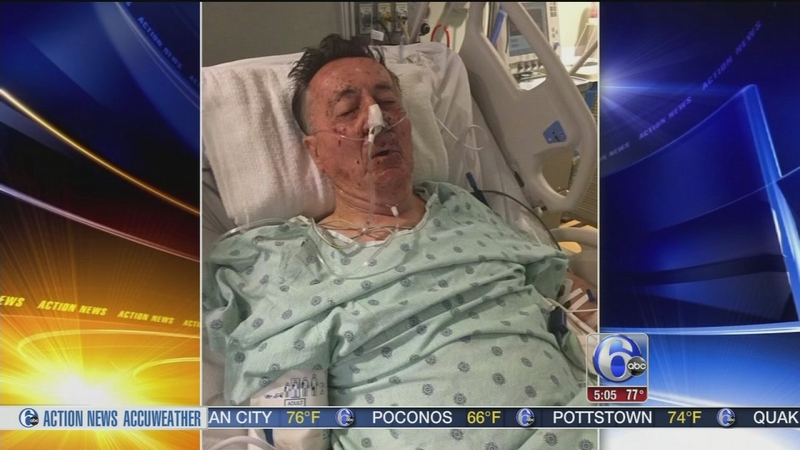 UPPER DEERFIELD TWP., N.J. (WPVI) -- An investigation is underway after New Jersey State troopers shot a 76-year-old man inside his own home.

The situation was brought on by a series of misunderstandings by police and the victim.

Police responded to the home after dispatchers incorrectly traced a 911 call to Gerald Sykes house on the 300 block of Centerton Road in Upper Deerfield Township.

"Why was the first response to pump four rounds through a door?" said Ronald Lafalce.

Lafalce was shocked and outraged as he showed us the holes from police bullets that nearly killed his father-in-law.

Just before midnight on Friday, Sykes and his wife, Margot, were awakened by their dog's barks.

"They both stepped into the great room and saw two figures standing right at their French doors, right up against the door. Nothing said. No identification," said Diana Lafalce.
Diana Lafalce says as her stepdad was standing in the living room holding his shotgun when police fired four shots - three hit him.

"After he collapsed on the floor, he lifted the gun up and shot out the door not knowing who was there," said Ronald Lafalce. 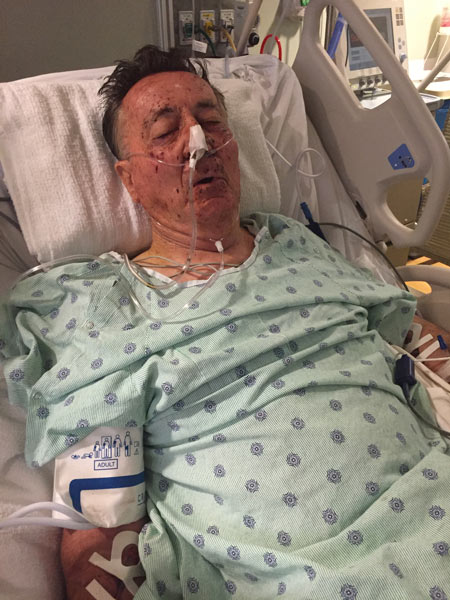 Police aren't saying who shot first, but the Lafalces say troopers treated Sykes like a criminal, refusing to get him medical treatment for 45 minutes until he staggered outside where they flipped him over and handcuffed him.

He was flown to Cooper University Medical Center where he is listed in stable condition.

Police say the troopers responding to a 911 call went to the wrong house. A statement says they identified themselves, but the Lafalces don't buy it, pointing Sykes has a deep respect for police, and didn't even know he had been shot by one until he awoke at the hospital.

"His eyes got big as saucers and he said, 'What? Those were state troopers? They never game me a warning. They shot me without even a warning," said Diana Lafalce.

Sykes wife was not hurt in the incident.

It's unclear why police thought the call came from Syke's home, but there is a cell phone tower on that property.

One of the troopers we're told received a graze wound. Both troopers were taken to Inspira Medical Center in Vineland, and later released.

The attorney general's office is handling the case, and they say they will release more information once the investigation is concluded.

An investigation is underway after New Jersey State troopers shot a 76-year-old man inside his own home.