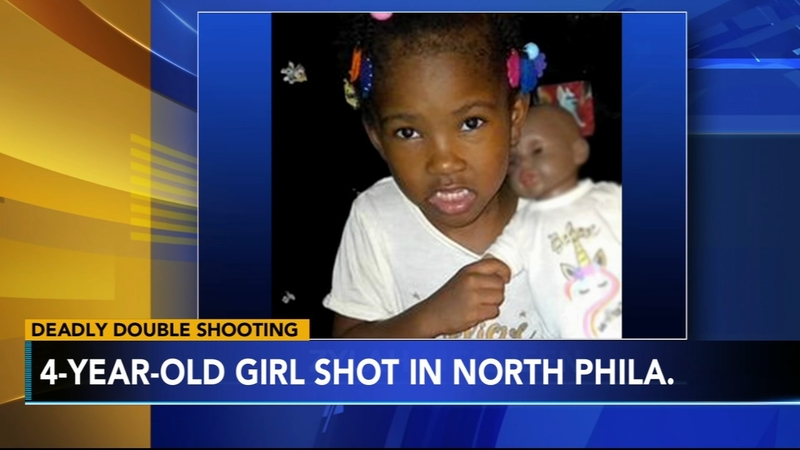 PHILADELPHIA (WPVI) -- A 4-year-old girl was injured and a man was killed during a shooting in North Philadelphia.

Investigators said Zylah McQueen, 4, was shot once in the arm, but the bullet went through her chest and stomach.

A second victim, her cousin, Jerry Gooden, 32, was shot twice. He was taken to the hospital where he was pronounced dead.