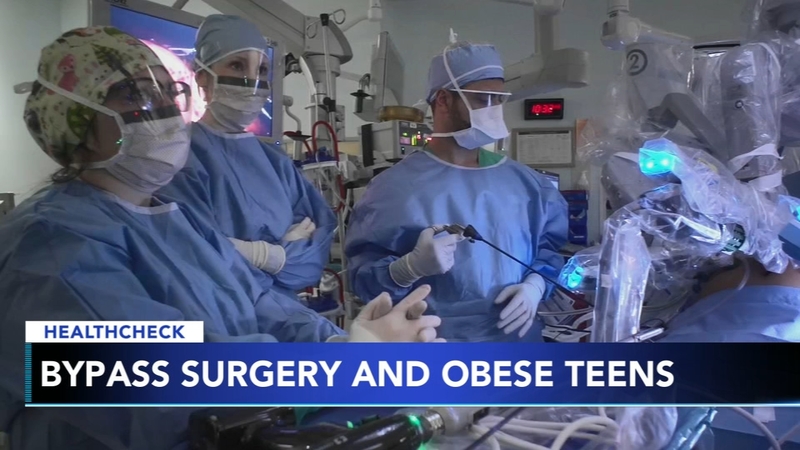 BETHESDA, Maryland (WPVI) -- The idea of bariatric, or weight loss, surgery for teenagers has been controversial.

Some say teens are too young for such a serious procedure.

However, a new federal study found that obese teens who had gastric bypass surgery were significantly more likely to have remission from both Type 2 diabetes and blood pressure than those who used only medication and exercise to lose weight.

And the teens had even better results than adults getting gastric bypass.

In the past, there's been no treatment showing long-term effectiveness at reversing type 2 diabetes in youth, which tends to advance more quickly than in adults.

Researchers evaluated 161 teens and 396 adults who underwent this surgery at clinical centers participating in Teen-LABS (Teen-Longitudinal Assessment of Bariatric Surgery) and its adult counterpart, LABS.

Teen-LABS clinical centers had specialized experience in the surgical evaluation and management of young people with severe obesity, and both studies were funded primarily by NIH's National Institute of Diabetes and Digestive and Kidney Diseases (NIDDK).

The results were published in The New England Journal of Medicine.

88% of the teens needed diabetes medication before surgery, but none needed them after surgery.

Before surgery, 57% of the teens used blood pressure medications.

Five years after surgery, only 11% were taking them.

Teens were, however, more likely to need other abdominal operations, most commonly gall bladder removal.

More of them also had low iron and vitamin D levels, possibly because teens may be less likely to take enough vitamin and mineral supplements after surgery.

There was a similar death rate for both teens and adults five years after surgery, including two people from the teen group who died from an overdose.