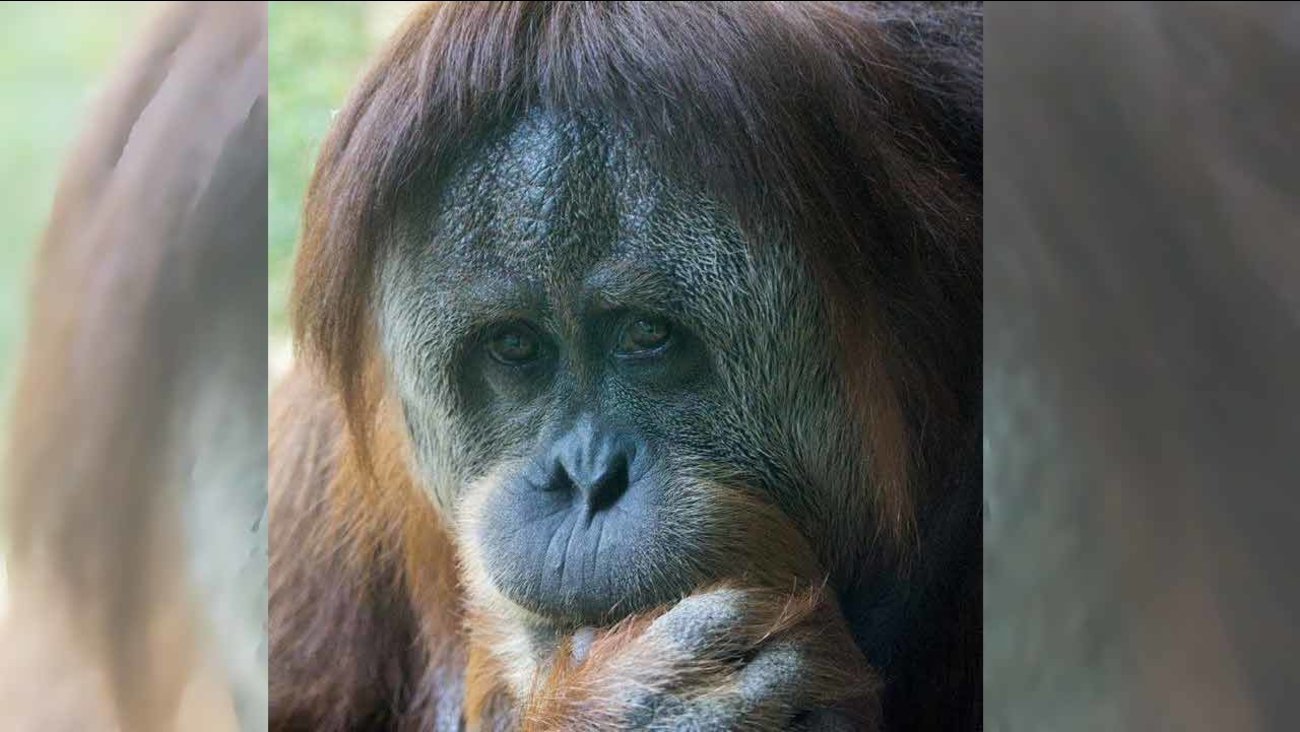 Tua, the mother of the deceased infant orangutan, in an undated photo courtesy of the Philadelphia Zoo.

PHILADELPHIA -- The Philadelphia Zoo has announced that a baby orangutan born on July 9, 2017 has died.

Zoo staff says the baby Sumatran orangutan appeared to behave normally through the afternoon and early evening, but passed away overnight.

"In an initial postmortem examination we identified severe congestion in the newborn's lungs and a possible congenital heart defect. We will likely be able to confirm the exact cause of death after the full necropsy results are available, which will take approximately four to six weeks," said Dr. Keith Hinshaw, Philadelphia Zoo's Director of Animal Health.

The newborn's parents are 25-year-old Tua and 22-year-old Sugi. The couple also has an 8-year-old daughter, Batu.

Zoo staff did not need to intervene during the birth, but a team of consultants were on standby if there were any problems. Many of the consultants included members of the team that assisted in the delivery of Ajabu, the western lowland gorilla born in June.

Dr. Andy Baker, the Philadelphia Zoo's Chief Operation Officer, says they will be "watching Tua closely for how she reacts to this loss. Animals are individuals, and we don't know how this will affect her."