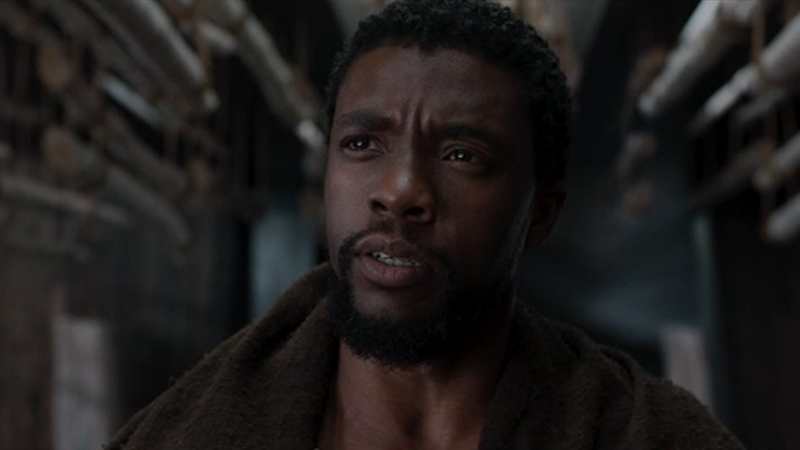 LOS ANGELES, California -- The Academy of Motion Picture Arts and Sciences has faced so much controversy in recent years about the lack of diversity, but the nominations this year provide encouraging signs of permanent change.

"Black Panther" earned seven Oscar nominations and became the first superhero movie ever to compete in the top category of Best Picture.

"From the very beginning, when they first called me, I knew this was different," star Chadwick Boseman said. "I didn't know it would be this cultural experience, this movie myth, this phenomenon."

Actor Adewale Akinnuoye-Agbaje, who was first approached to play the title role a decade ago, says a lot has changed since then.

"As a society, we're in a place where we're ready to hear different perspectives and voices," he said. "And I think that's a great thing."

"Timing is everything, and with this film, the stars aligned," he said. "Everything clicked."

"What I think is important, though, is that the project, the change, not be a destination, but a direction," he said.

He's nominated again for writing the screenplay for "If Beale Street Could Talk," and actress Regina King is favored to win for her supporting role.

In the Best Actress category, there's been plenty of buzz about a young woman who had never acted before starring in "Roma," and now, Yalitza Aparicio hopes to be the sort of role model that she lacked as a child.

"What I saw on the big screen really didn't resemble who I am and my look," she said through a translator. "So I thought it was something out of reach and something I really couldn't aspire to."

"This industry needs us, and you can see that everywhere," he said.

There remains a need for greater diversity behind the camera, especially in the hiring of women. Just 8 percent of feature films were directed by women last year, and that number is actually less than it was 20 years ago.