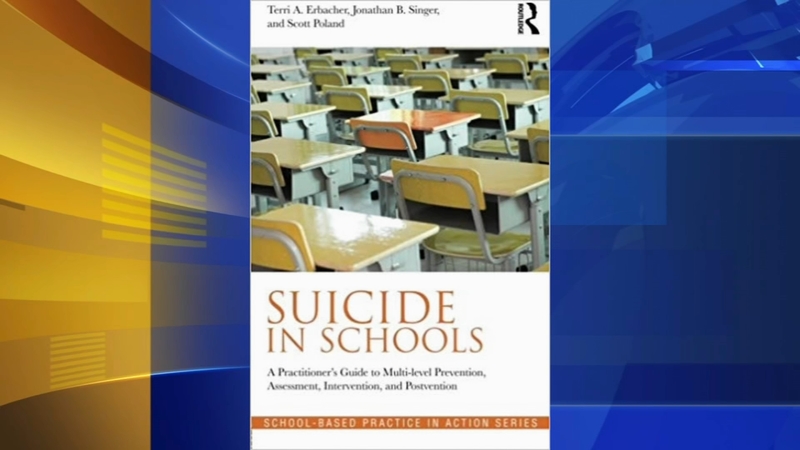 WYNNEFIELD HEIGHTS (WPVI) -- Mental health experts are sounding the alarm on the lingering and devastating effects of school shootings.

Two students who survived the shooting at Marjory Stoneman Douglas High in Parkland, Florida, have died by suicide, as has the father of a 6-year-old killed at Sandy Hook Elementary school.

Experts say it shows how the long-term psychological effects of these horrific and almost unimaginable tragedies continue for years past the event.

And they say we need to talk about it and make sure people who need help are getting it.

Just days earlier, two students in Parkland, Florida, suffered the same fate, including Sydney Aiello, who was at the school and lost several friends.

"Second leading cause of death for 14 -24 year olds," says Terri Erbacher, Ph.D. a school psychology expert at Philadelphia College of Osteopathic Medicine and co-author of the book "Suicide in Schools."

Erbacher says anyone physically or emotionally connected to school shootings is at a greater risk for suicide throughout their lifetime.

"Either I witnessed it or I was a student at that building, even if they were absent that day, the physical proximity is there," says Dr. Erbacher.

"And then there's the emotional proximity and that's someone who was close to someone who died," she adds.

She says people with certain vulnerabilities are also a greater risk.

"This is where parents, caregivers, schools can really look after their kids," she says.

Even if they're only reading about or seeing incidents on T-V or social media, these tragedies can make students who've struggled with depression or trauma in the past feel worse.

Because of that, emergency discussions are happening in Parkland, and Dr. Erbacher says having an open and direct conversation with others is vital.

"We need to ask them, are you having thoughts about suicide, parents, caregivers, teachers even friends asking each other," she says.

Some warning signs include any changes in behavior, such as:

-- Mood, such as being withdrawn

Dr. Erbacher says it's important to talk to your child or friend and see what's going on.

If there is a problem, Doctor Erbacher says to urge them to get into counseling right away.