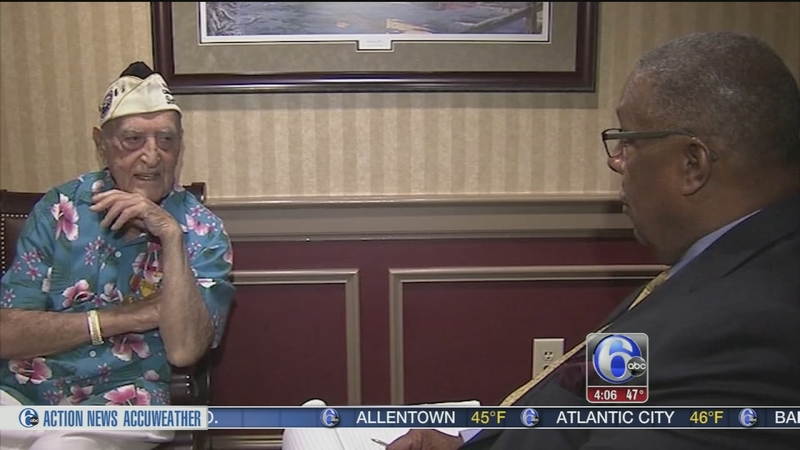 MEDIA, Pa. (WPVI) -- The Pearl Harbor remembrance ceremony in Valley Forge has become an annual tradition, but this year there were no survivors present.

Seventy-five years after that day that will live in infamy, their numbers continue to dwindle.

The uncle of State Representative Tom Mort of Montgomery County was stationed at Pearl Harbor with communications so limited after the attack, his family thought he had been killed on Dec. 7 until Mort's mother saw her brother on a newsreel alive. He was pulling into San Francisco on his wounded ship.

"My mother said, 'That's my brother.' We thought he was dead. Here he is in San Francisco. They were able to make contact with my Uncle Paul through the Red Cross, and find out that he was indeed alive and that he survived the attack," Mort said.

He was 18 when he joined the Navy.

The South Philly native described the morning he and his fellow Navy members realized they were under attack by the Japanese.

"I couldn't believe what the hell was happening. I saw all the ships on fire. We were tied up about a half a mile from where the battleships were," Kane said.

Ed Kane was in 18 separate battles at sea during World War II. He lost his brother Tom who was also a service member during the war.