2 roads with the same name mean confusion in Montgomery County 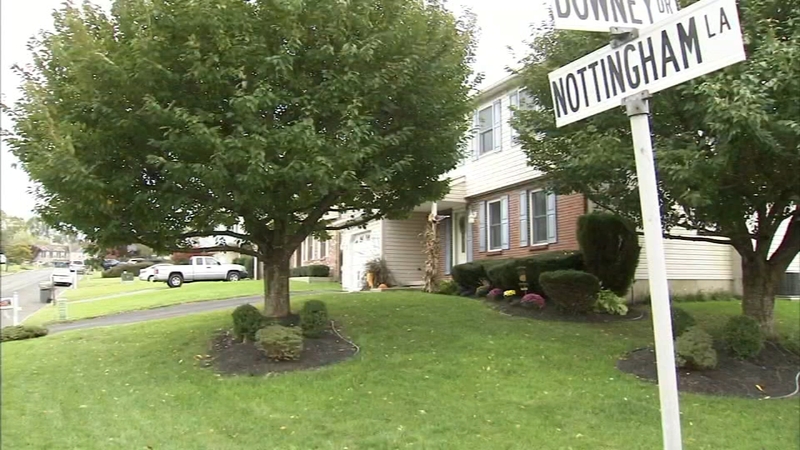 2 roads with the same name mean confusion in Montgomery County

HATBORO BOROUGH, Pa. (WPVI) -- A development in Hatboro now includes a street named "Nottingham Lane" which is already the name of another road in nearby Horsham.

Nottingham Lane is a quiet cul-de-sac in Horsham - a 20-year-old development.

Hatboro Station in the Borough of Hatboro is about 3 miles away, a Toll Brothers development called Hatboro Station is still a work in progress, but it has its own Nottingham Lane too.

Those homes already sold and occupied with addresses that correspond with the homes in Horsham, and therein lies the confusion.

In the older neighborhood of Horsham, the new zip code is 19044. And this is causing loads of confusion all along Nottingham Lane in both towns.

Katie Bailey of Horsham said, "We've had Amazon and UPS packages, and a refrigerator delivered from Sears. We've had our Verizon internet service cut off. We had a Comcast person come to turn on our service. We've had waste management drop off trash cans in our yard, so it's been complicated. We get lots of mail too."

Bill Conroy of Horsham added, "My case is different from Katie, now my home has been sold by Zillo according to the records. It sold recently, and it is news to me since I've been living here for 14 years and haven't sold the house. And when I go and try to change the information, it says I'm no longer the owner."

Top officials here at Borough Hall in Hatboro have recommended a simple solution to this problem, but a deal depends on whether or not Toll Brothers is willing to foot the bill for the changes."

The proposal includes changing addresses and deeds, apparently at a cost of thousands.

Borough Manager Diane Hegele said, "I've heard from Toll Brothers before on the issue. They didn't want to absorb the cost. They felt someone else had to pay for it."