Free Narcan kits being offered as part of 'Stop Overdoses in Pa. Week' on Thursday
WPVI
By Dann Cuellar 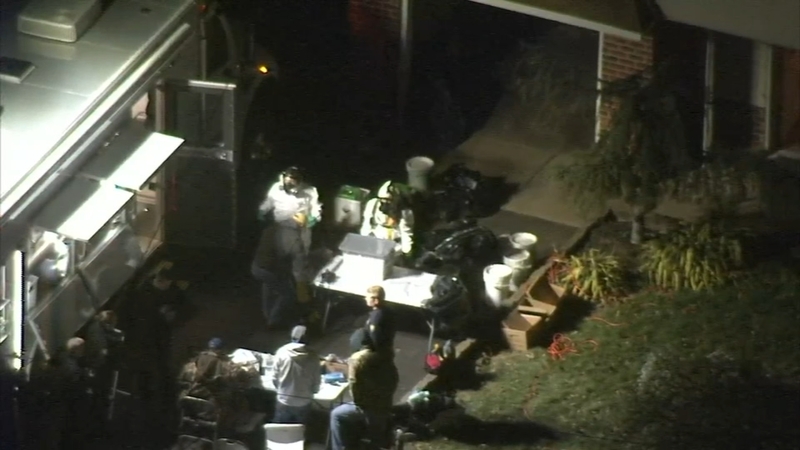 Suburbs rival city when it comes to drug distribution rings

FALLS TOWNSHIP, Pa. (WPVI) -- Wednesday's multi-million dollar drug bust smack in the middle of a sleepy suburban neighborhood is an alarming wake-up call: you are just as likely to find a major organized drug ring operating in the suburbs as you are in the city.

On Thursday, residents of Pennsylvania will be able to get free Narcan kits as the government and law enforcement look to prevent more overdoses from occurring in the state.

From the eyes of an organized drug ring, maybe the 600 block of Cheryl Drive in Warminster was the perfect place to set up shop.

"This is as normal a residential, 9-to-5, sleepy bedroom community as you will find anywhere in the country and this was going on right in the middle of it," said Bucks County District Attorney Matt Weintraub.

The New York Times recently dubbed the Kensington section of Philadelphia 'the Walmart of heroin,' but authorities in Bucks County and others are increasingly finding the city is getting growing competition from the suburbs.

"Bucks County is one of the hardest hit counties in the entire commonwealth of Pennsylvania for overdoses and heroin problems," said Falls Township Police Lt. Henry Ward.

Police said addicts didn't have to come to him, he came to them, selling thousands of bags of heroin a month.

"Just like Domino's, just like a pizza delivery guy, just pick up and call him," Ward said.

Bell is currently being held on $5 million bail.

Then there is Taylor Hopkins of Morrisville. Hopkins was recently convicted for selling the drugs that killed 43-year-old Maryanne Cominsky inside the Country House Motel.

"This is probably one of the hardest charges to prove right now, that they are responsible for a heroin overdose death," said Ward. "Our detectives put a lot of work into this and we just had the trial last week and he was convicted of that charge."

The point is addicts in the suburbs no longer have to flock to Philadelphia to get their heroin laced with fentanyl.

Authorities say make no mistake, Philadelphia is still largely seen as having the purest, most potent heroin on the east coast. But if the charges in Wednesday's drug bust stick, we might be learning that your suburban neighborhood might be the place where it is now coming from.

The health department and Governor Tom Wolf's administration are participating in the state's 'Stop Overdoses in Pa. Week' by giving out free Narcan - naloxone kits - at four Philadelphia libraries.

There are also suburban locations, 11:00 a.m. and 7 p.m. unless otherwise noted, including:

The huge drug bust in Warminster happened to occur days before this major announcement was made. But officials say it further proves why this move is necessary.