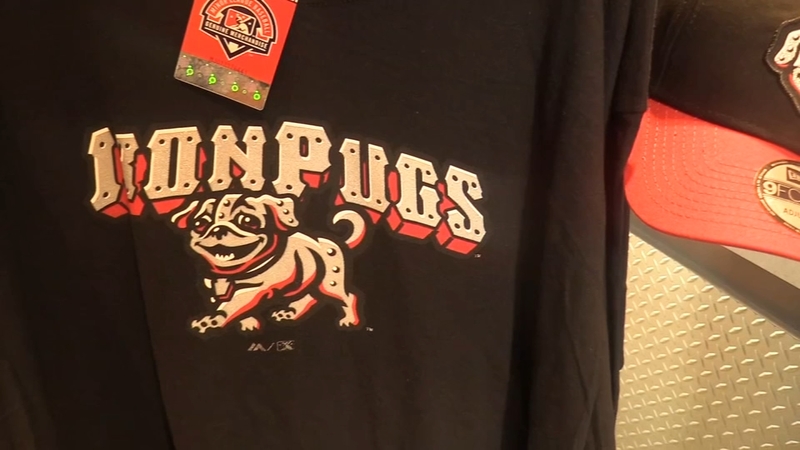 Mike Lucciano has a ton of extra work to do.

"Me and my team stayed late last night pulling orders so it wouldn't be too overwhelming this morning," he said.

He's the merchandise director for the Lehigh Valley Iron Pigs. And he had 300 new orders overnight, but it wasn't for the typical hats and shirts. It was because of a mistake.

He says by the time he realized what happened, the shirts were already going to press. So instead of stopping and starting over, the team decided to lean into it and have an "Iron Pugs" night, which will be August 19.

On the same day, all the shirts came in, Landes also happened to have a surprise for the office.