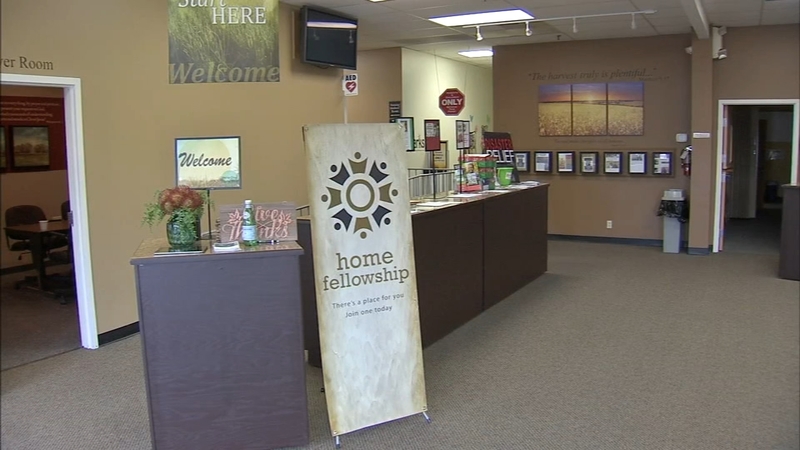 CHALFONT, Pa. (WPVI) -- The massacre at a church in Sutherland Springs, Texas raises a disturbing and uniquely modern concern: security at houses of worship.

There have been an estimated 92 violent acts at churches, mosques, and synagogues in the U.S. this year alone.

Among the churches taking this matter very seriously is Calvary Chapel in Chalfont, Bucks County.

Calvary Chapel has its own security detail, complete with video cameras, foot patrols and armed security personnel on the grounds during services.

"We have a select few who are high-caliber guys who are trained by the state of Pennsylvania (under) Act 235 in the use of weapons," said Calvary Chapel Security Chief Dave Outland. "But it's very low key."

Senior Pastor John Hessler said beefed up security at the chapel was something he'd thought about off and on until the Sandy Hook massacre five years ago prompted him to take action.

Emergency crews arrive on scene of church shooting on November 5, 2017.

"Whether we're talking about children - child security, child predators, that kind of thing - all the way up to someone with some sort of nefarious intent - they want to shoot and they have a domestic problem (for example) - we want to be aware," Hessler told Action News.

Hessler said it really comes down to understanding what is at stake within a group as vulnerable as a church community.

"I became a pastor in 1999 and without any thought that I would ever have to think about child predators or someone who would come into my church with a gun," Hessler said. But that's where we are."