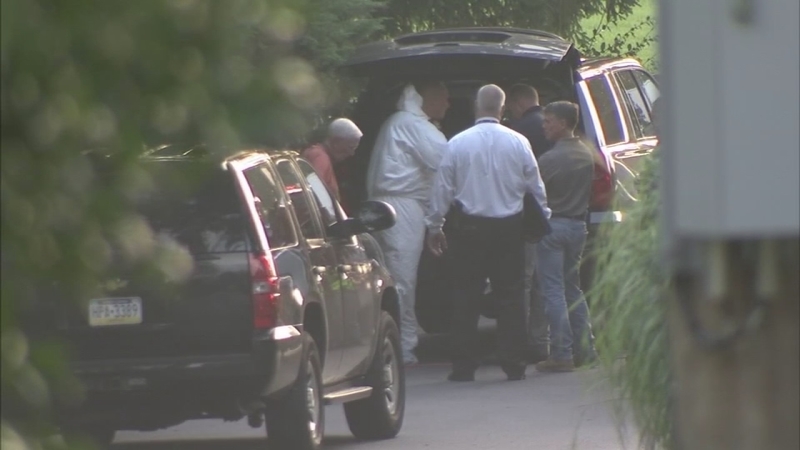 NEWTOWN SQUARE, Pa. (WPVI) -- A home in Delaware County was at the center of a death investigation Wednesday night.

It happened on the 200 block of Overbrook Drive in Newtown Square.

Neighbors say it was a family friend who asked police to make a welfare check at the house.

"The first police car showed up around 3, I guess for a wellness check, and then a 2nd car, and then a 3rd car, and a 4th car," resident Christian Hyldahl said.

Suddenly the home was the scene of a suspicious death investigation.

Behind a labyrinth of overgrown shrubs, and wild weed, a man was slowly decomposing in his family's Delaware County home.

Resident Ginny DeYoung said, "Finding out one of the brothers had died and been in the house for over two weeks, I was kind of shocked."

Action News was there as detectives appeared to put on HAZMAT suits and opened windows to access the two story home.

Neighbors say two brothers, both in their 50s, lived at the address, but often kept to themselves.

A resident admitted off camera to Action News that she had walked past the home a week earlier and smelled a foul odor, but never suspected the source.

It's not clear exactly when the man died, or how.

Our repeated requests for information went unanswered from authorities. There was no immediate indication of foul play.

"It's sad because the other brother is going to have live somewhere else now because he certainly can't take care of himself." Hyldahl said.

Neighbors describe that other brother as suffering from mental health problems. He was taken to a hospital for a mental health evaluation.

The medical examiner's office was working to determine the cause of death in this case.