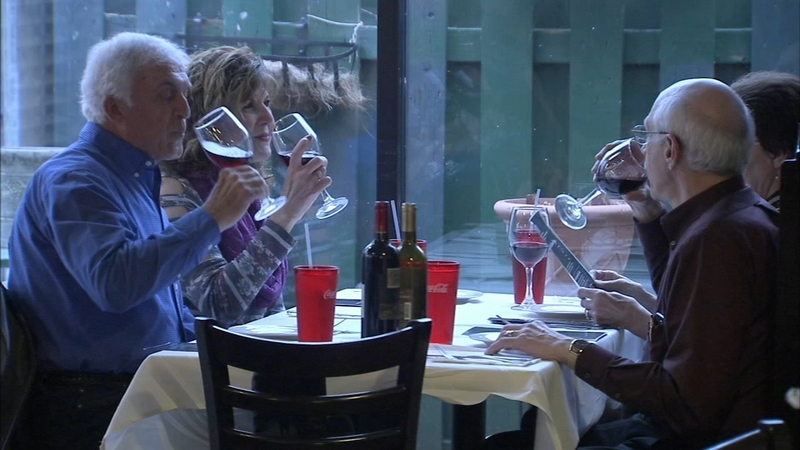 LANSDOWNE, Pa. (WPVI) -- The notion of changing Lansdowne from a dry town to a wet town has been talked about for decades.

Not since prohibition in 1920s have they allowed the sale of alcohol here.

But soon, voters in Lansdowne and in Marple Township will determine if restaurants once and for all should be allowed to sell alcoholic beverages.

Jamey Reilly runs Jamey's House of Music, a small restaurant in Lansdowne offering live jazz and blues, and what Reilly calls the best food this side of NYC.

"The one thing we're lacking is the ability to sell wine and beer with dinner. And that's a real draw back," says Reilly.

Having Philadelphia nearby where restaurants can sell alcoholic beverages puts Lansdowne's restaurants at a real disadvantage.

Deborah Brodeur of the Lansdowne Economic Development Council says, "At the moment, we have five, but we are losing them left and right. So we're really trying to keep those restaurants open and try to bring a few more back."

Brodeur spearheaded the effort to put the question of restaurants being able to sell alcohol on the ballot this May. An effort that the manager at Aviana's--a BYOB--hope passes.

"It would just be more feasible for everybody to come here, make it more easy for everybody, you know, like a one stop shop," says the manager Anna Netzer.

So just what do some of Lansdowne's residents think?

"They don't need to have alcohol at the restaurants," says Leon Craddock.

"That would be nice for people that like to drink, so you won't have to go to a wine and spirit, you can get it while you're eating your food," he says.

Over in Marple Township where beer distributors and state stores are already allowed, voters will decide if bars and restaurants should be allowed to sell alcohol.

Resident Betsy Moore says, "We love the idea of it, it's a wonderful thing to have Broomall, Marple Township go with serving alcohol."

Jake Wells says, "The restaurant part would be nice, having drinks at the restaurant yes, but I don't know about bars. I don't think it will go through with them."