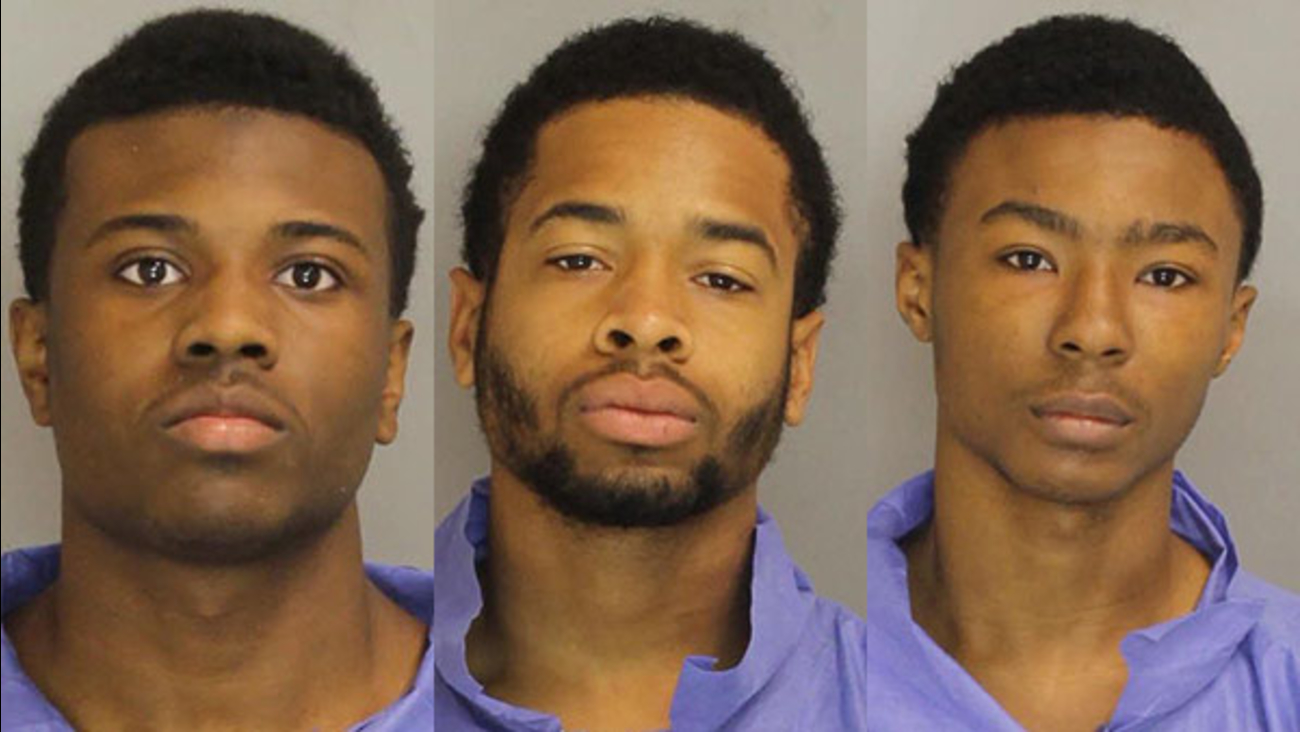 PHILADELPHIA (WPVI) -- Three men have been charged in connection to nine armed robberies of 7-Eleven stores in Montgomery, Bucks, and Philadelphia counties.

The robberies occurred between January 21 and Feb. 21.

Police say the suspects were arrested following an armed robbery of a 7-Eleven store in Ambler.

A Whitpain Township officer heard the description of the suspects on police radio and headed toward the robbery scene. That's when, police say, he saw a car that was being driven as if the vehicle driver was lost.

The officer executed a traffic stop after the driver failed to signal a turn.

Police say those inside the car matched the robbery suspects' descriptions. The officer also noticed there was a lot of cash visible in the car.

Following a positive identification by the store clerk who was brought to the traffic stop location, the three men were arrested.

The suspects were arraigned and held on $100,000 bail, which they failed to post.

Following the arrests, police continued their investigation including analyzing surveillance footage of other 7-Eleven robberies and conducting interviews.

Through the investigation, police determined the suspects also committed eight additional robberies of 7-Eleven stores in Bensalem Township, Bristol Township and Warrington Township in Bucks County; in Philadelphia at Welsh Road, Ridge Avenue, Broad Street and Frankford Avenue; and in Glenside, in Springfield Township in Montgomery County, in addition to the Ambler location.

Newton was charged with Criminal Conspiracy, Robbery, Possession of a Firearm with Altered Manufacturer's Number, Theft by Unlawful Taking, Receiving Stolen Property, Firearms Not to Be Carried without a License, Criminal Use of Communications Facility and other related charges.

The suspects were arraigned Monday on the new charges stemming from the other eight robberies. Bail was set at $1 million each.

The suspects failed to make bail and are in the Montgomery County Correctional Facility.