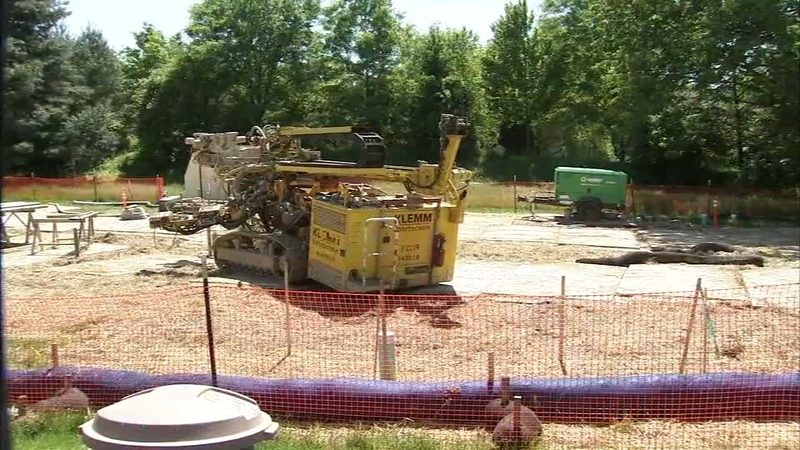 The Public Utility Commission voted 3-2 to allow Sunoco Pipeline LLC to resume use of the Mariner East 1 pipeline, with the chairman saying there was no new credible evidence to think it can't be operated safely.

The regulators ruled that more information is required before work can continue on building a 3.5-mile (6-kilometer) portion of Mariner East 2 and a companion line through Chester County. Those details include inspection and testing protocols, as well as safety training.

Public Utility Commission Judge Elizabeth Barnes said last month Sunoco failed to take reasonable steps to warn people and protect them from danger. She said there was evidence that drilling practices have put water supplies at risk, and she cited a history of leaks and failures to report spills when they've occurred, sinkholes, and the possibility of a public catastrophe.

Commission member John E. Coleman Jr., who wanted to allow construction to resume, said before the Thursday vote that there is no immediate threat that would warrant the halt work on the two pipelines.

Democratic State Sen. Andy Dinniman, who brought the challenge to Sunoco's permits before the commission, called the decision a mixed bag.

Sunoco Pipeline LP, a subsidiary of Dallas-based Energy Transfer Partners LP, has nearly completed work on the 350-mile-long (563 kilometer), 20-inch (50-centimeter) diameter Mariner East 2 pipeline to carry propane, butane and ethane from western Pennsylvania across the southern portion of the state to a terminal near Philadelphia. A second, 16-inch (41-centimeter) diameter line, Mariner East 2x, is following the same route.

Mariner East 1, which dates to the 1930s, has been sending natural gas liquids eastward for about a year.