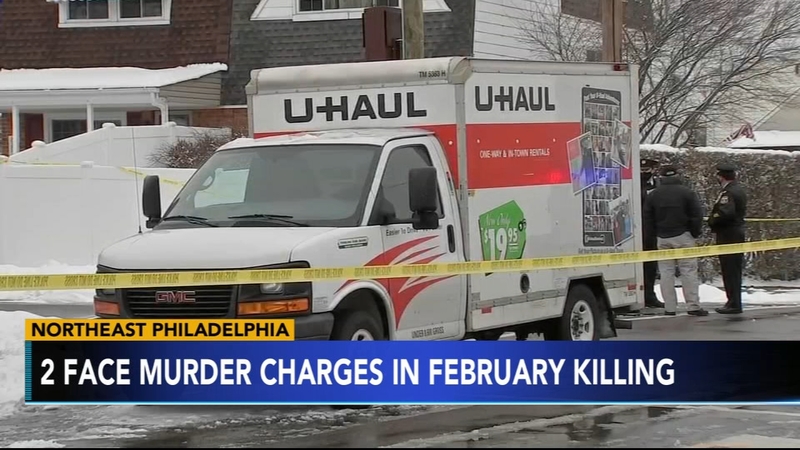 PHILADELPHIA (WPVI) -- Two people are facing murder charges in connection with the gruesome death of a man whose dismembered body was found in a U-Haul truck in Philadelphia's Somerton section in February.

Authorities tell Action News that Taray Herring, 47, will soon be charged with murder in the death of Peter Gerold. Herring was already behind bars on charges of abuse of corpse, criminal trespass, theft, and evidence-tampering in connection with the case.

Another suspect, Jeanette Pace, of Ventnor, New Jersey, will also soon be charged with murder in Gerold's death.

Murder warrants approved by ⁦@philadao⁩ in the killing of Peter Gerold. Taray Herring & Jeanette Pace are in custody. This was a brutal crime that sources believe was a crime of opportunity. Gerold was kind & gentle & known for giving work to people down on their luck ... pic.twitter.com/reJQsDQpTt

The circumstances surrounding Gerold's killing have not yet been released.

The investigation started on February 11 when officers found body parts inside a U-Haul truck.

Philadelphia police are investigating after multiple body parts were discovered at two crime scenes on Thursday. Investigators say the cases could be connected.

Prior to the discovery, investigators said someone had called in a burglary in progress at a home and then reported seeing a U-Haul truck leave the scene.

Neighbors say Gerold lived at the home and he operated "Kneading You Therapy," a massage therapy practice out of his house. Neighbors said they noticed Gerold's cars missing earlier this week.
Neighbors said Gerold had several exotic pets like birds, fish and turtles.