At Walt Disney World, every day is Earth Day for more than 5,000 animals 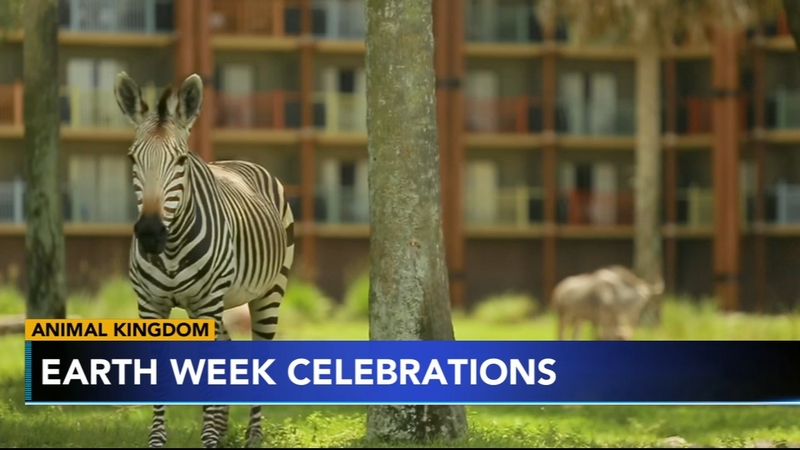 At Walt Disney World, every day is Earth Day for more than 5,000 animals

ORLANDO, Florida (WPVI) -- As we honor Earth Week, our friends down at Walt Disney World are also celebrating alongside the thousands of animals who call the theme park home.

Many people may not realize the wildlife conservation happening at the Animal Kingdom and at Epcot. Action News got an inside look at the work they're doing there.

More than 700 animal care professionals, educators, scientists and veterinarians care for the animals and sea life at Walt Disney World.

Earth Day 2021 is a day to bring awareness and encourage action to help protect the environment.

Dr. Scott Terrell says perhaps you've been to Animal Kingdom and taken a ride on the Kilimanjaro Safari, but there's so much more happening behind the scenes too.

"I have the privilege of leading the team that takes care of more than 5,000 animals at Walt Disney World," Dr. Terrell says. "Two thousand of them are in the Animal Kingdom. It's a 365-day-a-year job."

The team cares for more than 300 species and also just welcomed a few new babies. Ranger is a brand new endangered white rhinoceros.

Dr. Terrell says these births are like a gift to the planet with each species saved. Ranger also just got some company.

"This weekend, it got a little bit more magical because we welcomed a new member of our family and her name is Ivy," Dr. Terrell says. "Ivy is a little tiny baby mandrel. If you're trying to think about what a mandrel is, think about Rafiki from The Lion King. Little baby Ivy weighs one pound and she's happy and healthy. Her mom Hazel is right there holding her."

Walt Disney World also hosts the undersea inhabitants at a nearly 6 million-gallon aquarium at the Living Seas with Nemo and Friends at EPCOT.

They have ways we can celebrate from home until we visit Walt Disney World again.