How climate change is already impacting the Philadelphia region 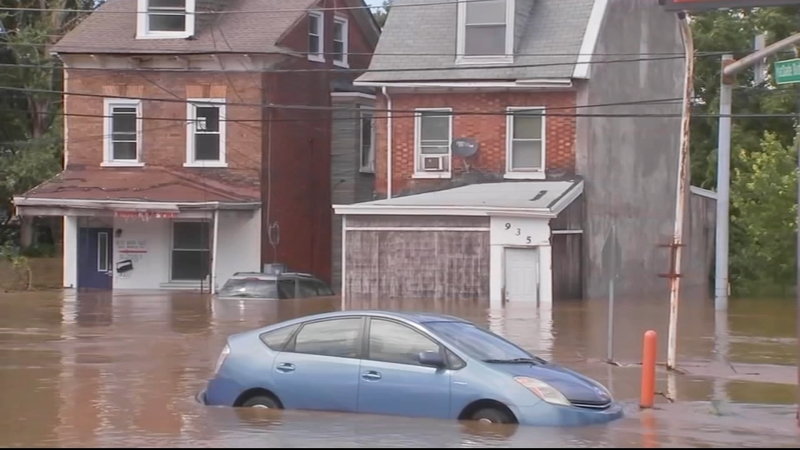 How climate change is already impacting the Philly region

PHILADELPHIA -- Earth Day 2021 is a day to bring awareness and encourage action to help protect the environment.

The impact of climate change is already being felt in the Philadelphia region.

Darby, Delaware County, isn't where you'd expect to see an area of great concern, but it is.

Because, like many neighborhoods here, it's beside a creek that overflows its banks again and again, especially when tropical systems arrive.

Also submerged was the Eastwick section of Philadelphia, just four miles away and right next to Philadelphia International Airport.

Warmer oceans create more intense hurricanes, not only impacting the coast but creating devastating inland flooding. When creeks rise, in many cases, the water has no place else to go but into homes.

Experts also point to a disparity in the effects of climate change. Darby, for example, has twice the national poverty rate. Many low-income neighborhoods, where housing is cheaper, lie in flood plains.

And the floods have become more intense. Seven of the top 10 biggest floods for Darby and nearby Chester Creek have occurred during the past 20 years.

The trend is very clear. Average seasonal temperatures from 1970 to now in Philadelphia show warming at the rate of more than 2-1/2 degrees in spring, summer and fall.

Winters are, by far, warming the fastest, jumping by nearly five degrees over the past 50 years.

Even though winters are getting warmer, with more water vapor in the air winter storms are becoming more intense. Four of our top 10 biggest snowstorms occurred over the past 20 years, along with our top two snowiest seasons.

National Geographic projections indicate that, if current trends continue, by the 2070s Philadelphia will feel more like northeast Arkansas, in terms of temperature and precipitation patterns.

For more on the impact of climate change, join Cecily and other ABC meteorologists for Our America: Climate of Hope.