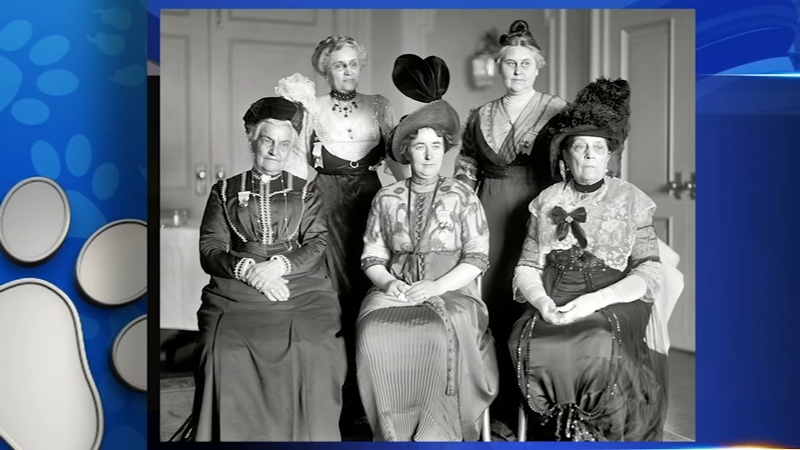 Their name -- The Women's Humane Society -- pays homage to their founders and the important role women played in the history of animal welfare.

"Our primary founder was a woman named Carolyn Early White. She had actually been one of the driving forces to found the SPCA, but because she was a woman she was not permitted to sit on its board," says Gwen Kaminski, Director of Development and Marketing at The Women's Humane Society.

So, Carol White went on to establish the women's branch of the SPCA.

"Which became the society that we know today as Women's Humane," says Kaminski.

Now the shelter provides care for thousands of animals a year through their veterinary hospital.

Last year, they received a grant that's funding projects like playing classical music for the cats -- which is scientifically proven to minimize stress.

Puffin is about two-years-old and was actually adopted, but came back because the person was allergic to her.

Puffin does have an ocular condition.

"Which might require a little bit more exploration, but right now she can see and get around just fine," says Griffin.

Ruby is a retriever mix around six-years-old. She prefers to be an only child.

Another dog, also named Ruby, came to the shelter as a stray and is around 10-years-old.

"She still has some spunk to her," Griffin says.

"Very excited to meet new people, but a little bit of an adventurer as well," says Griffin.