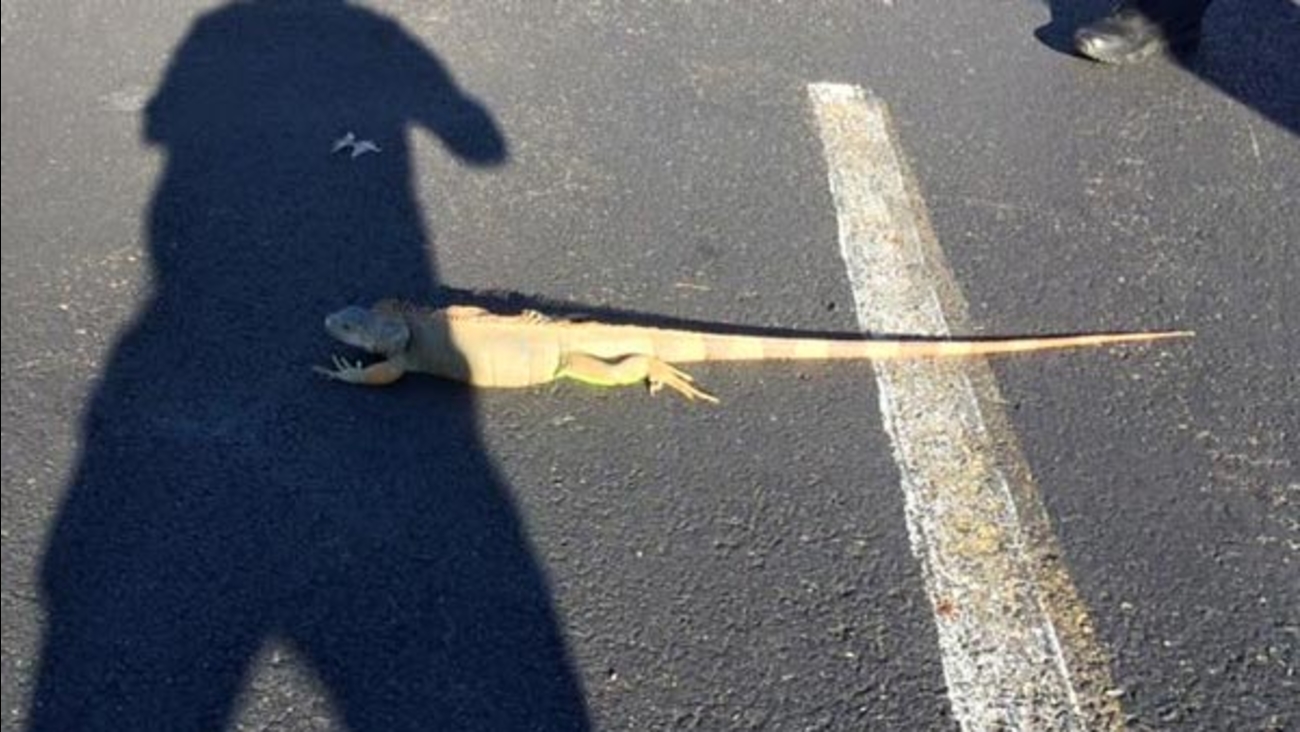 COLLINGDALE, Pa. (WPVI) -- Collingdale police say they have located the owner of a pet iguana that was found at a Rita's Water Ice parking lot.

The iguana was discovered at the Rita's on the 400 block of MacDade Boulevard around 3:00 p.m. Tuesday.

The Glenolden Animal Hospital staff came out to take the animal.

Police say they received a call Wednesday morning from the hospital saying they have spoken to the owner.

According to the hospital, the pet has been missing for a few days, but the owner never thought to report it to the police.

Collingdale police say they will be interviewing the owner later to determine if the pet is properly kept according to borough ordinances.