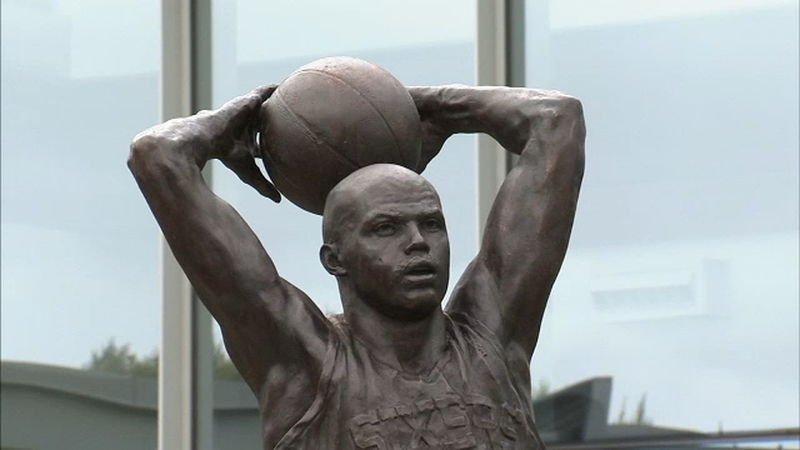 "There is not a lot I can say this is just a humbling experience but it really means a great deal because I think people know what the 76ers mean to the NBA," Barkley said.

Barkley says he's overjoyed and honored to be a permanent part of the team's history.

The statue is on display along the 76ers Legends Walk at the Training Complex in Camden, New Jersey.
"You come here as a 21-year-old kid and now 40 years later - it has been pretty amazing - and it all started here so I just want to thank the 76ers Organization and the city of Philadelphia," said Barkley.

Leaders with the 76ers say this was truly a deserving honor for the sports icon.

He now joins other greats with the 76ers like Julius Erving, who have permanent statues at the training facility.

"We are privileged to have you a part of our past. You are referenced often," said Brett Brown, 76ers Head Coach.

"This was a special day. We have an American icon right here that is one our ours and it gave us a chance to celebrate," said 76ers President, Chris Heck.

Barkley is one of the most beloved athletes to ever play in Philadelphia.

He was named one of the 50 greatest players in NBA history in 1996 and spent his first eight seasons with Philadelphia after the 76ers chose him with the Number 5 overall pick in the 1984 NBA Draft.
During his tenure, Barkley was named All-Star in five straight seasons between 1987-1992.

Here is what he said about what he wants the younger generation to reflect on when they see this statue.

"I want them to say, man, that guy right there, remember they told him he was not good enough, and he became one of the best to ever do it," Barkley said.

Barkley says he never got a chance to see this sculpture before it was erected but says he is more than pleased with the outcome. With all of his accomplishments, he says this one, really tops the list. It is a permanent reminder of his storied career.