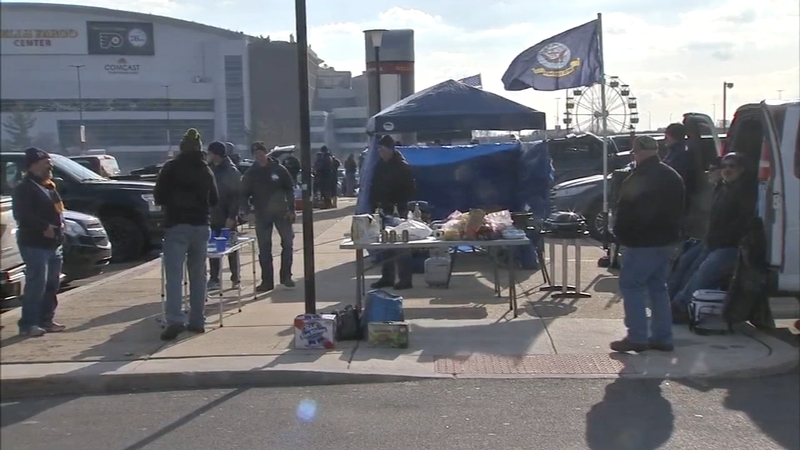 PHILADELPHIA (WPVI) -- The fierce annual rivalry between Army and Navy ends with an Army win 17-10 at Lincoln Financial Field.

Earlier today fans hoped that their team would be the winner.

Fans say it's not just about football but about military pride.

They came from far away and from warmer temperatures.

"This is my first time. It's pretty awesome," said Staff Sgt. Clifford Hess of Augusta, Georgia.

"Just army, in general. I've always played football but just being part of the organization, you always like seeing who you work for, just succeed," said Sgt. Michael Kersey of Greenville, South Carolina.

For hours before the game started, fans tailgated and enjoyed the hype.

Tina Hoch of Allentown, Pa. said, "Its Army-Navy game. Hello, it's the biggest military game of the year. Go Navy!"

President Donald Trump arrived at Philadelphia International Airport about an hour before the game signing autographs for supporters there to meet him.

We found Trump supporters outside the game and a few protesters, too.

We asked Tina, why you root for Navy, "Because my son's in the Navy. Woo!"

Mike Schweigler of Middletown, Pa. added, "I hadn't known anything about it until I worked with a bunch of guys, I worked with a company that employed a lot of veterans and the Army-Navy game was a big deal to them."