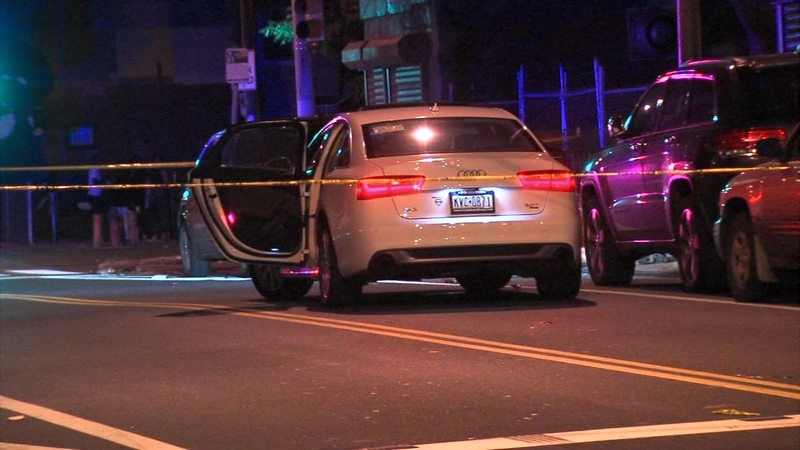 STRAWBERRY MANSION (WPVI) -- A man has been shot and killed in what police believe to have stemmed from a bar fight.

The 34-year-old victim was shot while walking to his car just before 2 a.m. Saturday in the 2800 block of Ridge Avenue in the city's Strawberry Mansion section.

That's when police say he was confronted.

More than ten shots were fired. Two of which ended up hitting and killing the victim, three other cars were also shot.

Police think the victim had been at Ridge Capitol Bar and Grill and that's where he was involved in an altercation.

When police arrived they found more than 200 people gathered near the bar.

Investigators are reviewing surveillance video from inside the bar, and near the shooting scene.