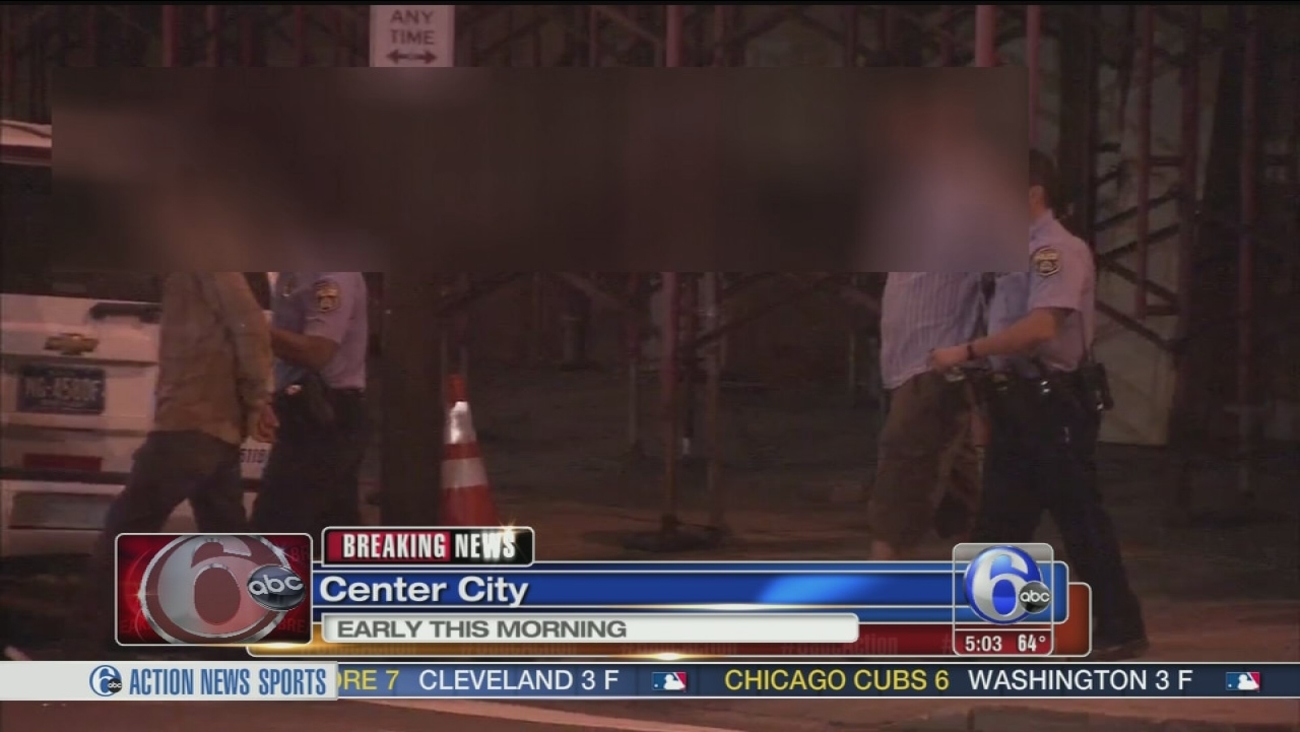 Two men are in police custody after an incident inside of a building under construction in Center City. (WPVI)

CENTER CITY (WPVI) -- Two suspects are in police custody after an incident at a building under construction in Center City.

Police say the suspects climbed scaffolding of the building at Broad and Arch Streets, then broke a window to gain access to the building.

Debris fell onto the roadway below, closing the intersection for some time.

Police aren't sure if glass from the shattered window fell onto the street, or if the suspects were throwing items from the building.

K-9 officers were brought into to search for the suspects, and after several hours both suspects were apprehended on the 18th floor.

Images from the Action Cam at the scene broadcast on Action News at 4:30 a.m. showed them being led from the building by police.

Action News blurred their faces because it was not immediately clear if they are teenagers or adults.

The intersection of Broad and Arch Streets was re-opened to traffic by 3:00 a.m.