According to police, the 1-year-old girl was crying and then became unresponsive.
WPVI
By 6abc Digital Staff 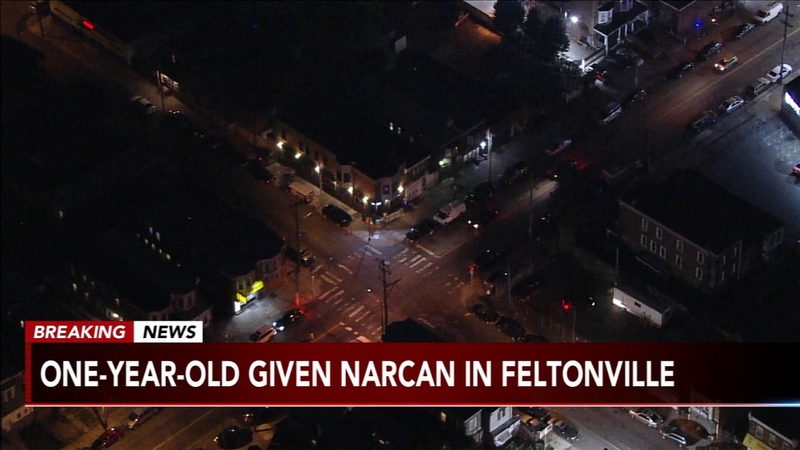 PHILADELPHIA (WPVI) -- Philadelphia police say a toddler had to be given Narcan after she became unresponsive on Monday night.

It happened around 6 p.m. near Front Street and Wyoming Avenue in the city's Feltonville section.

According to police, the 1-year-old girl was crying and then became unresponsive.

The toddler was transported to St. Christopher's Hospital for Children and placed in stable condition after being given the opioid overdose reversal drug.

Police say the child's parents were with the girl at the hospital.

Further details about the incident have not been released.