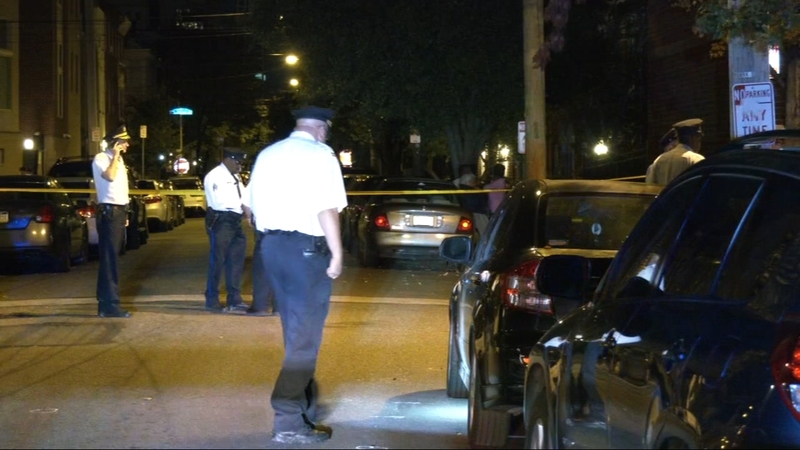 PHILADELPHIA (WPVI) -- Five people were injured in an apparent drive-by shooting in Queen Village on Thursday night, according to Philadelphia police.

The driver and a passenger exited the vehicle and opened fire into a courtyard.

Some of the victims reportedly returned fire.

At least 17 shell casings were found at the scene.

They were able to tell authorities at the hospital that they were outside, playing dice when the gunfire began.