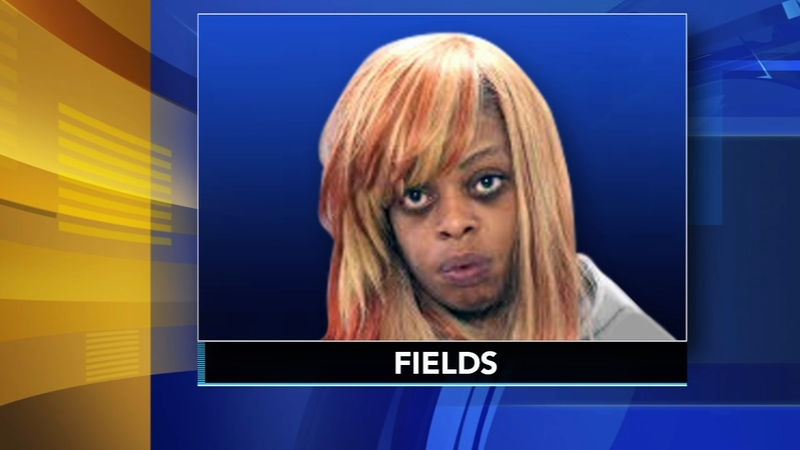 PHILADELPHIA (WPVI) -- A 37-year-old woman in the Strawberry Mansion section of Philadelphia was struck and killed Saturday night.

Investigators said she was dragged by a drunk driver that narrowly missed a police cruiser before the deadly collision.

Joyce Jefferson Bell heard the impact that killed her daughter outside her window.

"As soon as she went out this door, I heard this really loud pop," said Bell.

Police said Teetra Bell was crossing the 2700 block of Sedgely Avenue at 9:30 p.m. when she was hit.

Police said Michelle Fields, 30, was behind the wheel, under the influence and without a license.

It's not the first time the Bell family has been impacted by an aggressive driver outside of their home.

"My daughter, she lost her life out here, and my mother, she got hit in the same place," said Bell.

In August of 1999, Bell's grandmother, Catherine Jefferson, was hit by a driver who never stopped.

"She had brain trauma and scars on her brain, and a broken clavicle," said Doris Sisco, the victim's cousin. "And we still, to this day, don't know who hit my grandmom."

Teetra Bell leaves behind a 17-year-old daughter, Tajé, and a family scarred by what they witnessed.

"I know I can't bear no more and I don't want anybody else to go through what I went through," said Joyce Jefferson Bell.

Now, the family is making a public plea for help.

"I want to see a speed limit sign or a stop sign at this corner, or a light," said Kesha Hill, the victim's cousin. "You're risking your life to come out of the house."

This Saturday, one week after Teetra Bell's death, the family is holding a vigil and a call to action, for the city to take a look at the stretch of road and make safety improvements.