Alshon Jeffery out for season with foot injury 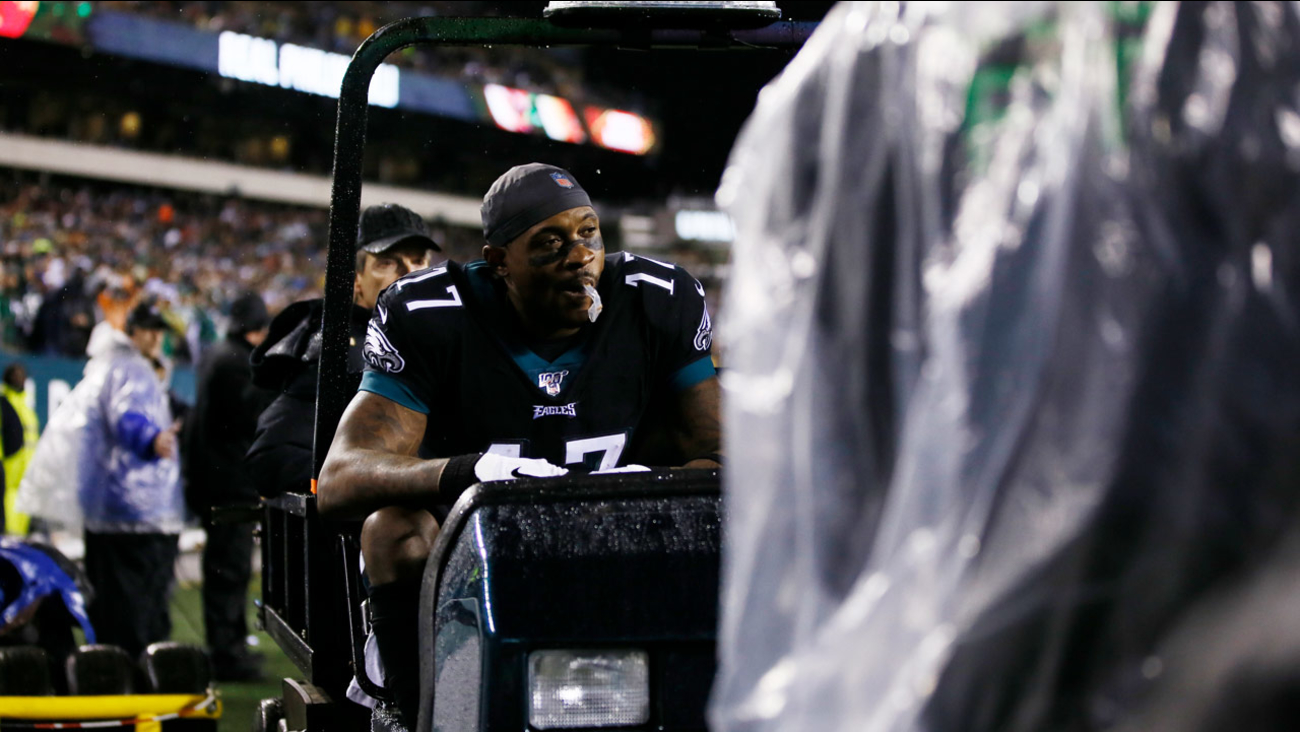 Philadelphia Eagles' Alshon Jeffery is driven off the field after an injury during the first half of an NFL football game against the New York Giants, Monday, Dec. 9, 2019. (AP Photo/Michael Perez)

PHILADELPHIA (WPVI) -- Philadelphia Eagles wide receiver Alshon Jeffery is out for the reason.

The team placed Jeffery on Injured Reserve with a foot injury on Thursday.

Jeffery suffered the injury in Monday's victory against the New York Giants.

The Birds promoted wide receiver Robert Davis from the practice squad to the active roster.

🚨 BREAKING: Alshon Jeffery OUT for season - placed on IR with foot injury