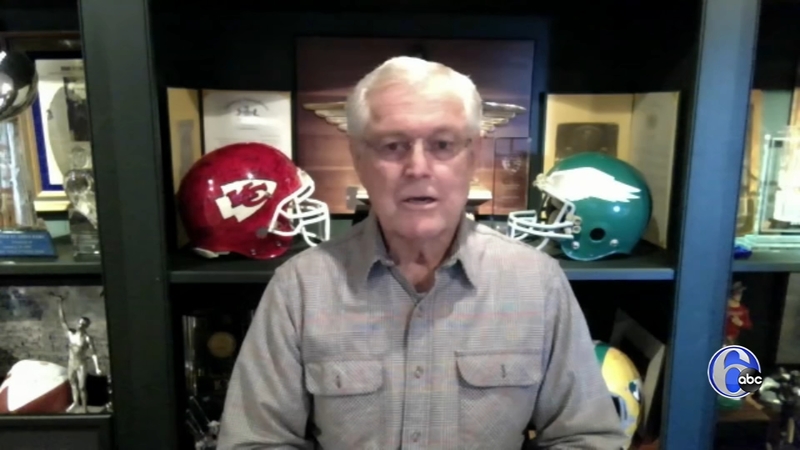 Experts weight in on if Eagles should bench Wentz

PHILADELPHIA (WPVI) -- Philadelphia Eagles head coach Doug Pederson says that benching Carson Wentz at this point in the season sends a message to the locker room that the season is over.

But ESPN analyst Sal Paolantonio says the coach is wrong, especially if sitting Wentz is, by design, a temporary move.

"I think it sends the right message to the locker room, that every player must be held accountable," Paolantonio said.


SalPal adds that there are examples proving that sometimes you have to knock your quarterback out of his comfort zone for his own good.

"I remember in 2008, Andy Reid benched Donovan McNabb. I covered that game in Baltimore and I remember what Andy Reid said after the game. 'Sometimes with a player you go back an inch, and you go forward a mile,'" Paolantonio said.

But another person who looms large in Eagles lore says not so fast.

"He's got two years of over 100 quarterback efficiency ratings. You don't lose that ability to do that. What you lose is your support staff that helps you do that," Vermeil said.

The coach says that while the quarterback is the most important player on the field, he's still only one of eleven.

So, expecting Wentz to perform at a high level with the amount of injuries and inconsistent play around him is simply not fair.