Eight children and four adults were killed in the fire on N. 23rd Street in Philadelphia's Fairmount section.
WPVI
By 6abc Digital Staff 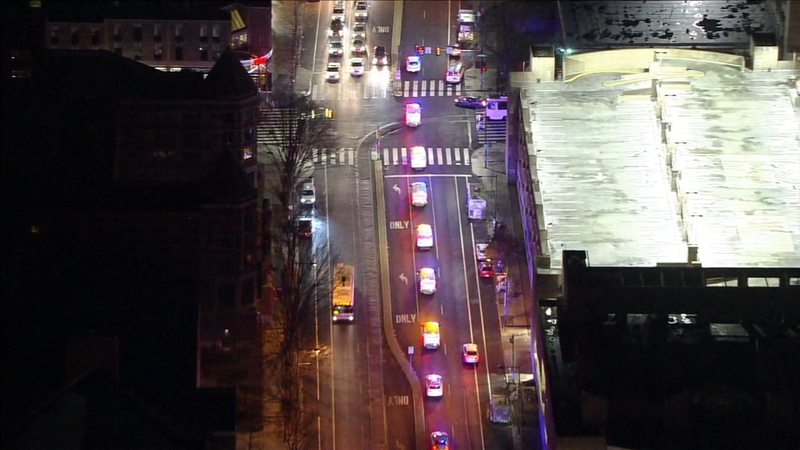 PHILADELPHIA (WPVI) -- A procession of law enforcement vehicles transported the bodies of 12 people to the medical examiner's office roughly 12 hours after one of the deadliest fires in Philadelphia's history.

The victims -- eight children and four adults -- perished in the blaze that ripped through a multi-story duplex in the city's Fairmount neighborhood Wednesday morning.

Chopper 6 was overhead as officials escorted the bodies away from the fire scene.

Family members on Facebook have identified two of the victims as sisters Rosalee McDonald, 33, and Virginia Thomas, 30. The siblings each had multiple children but it's unclear if all of them were home at the time of the fire or how many of them died.

The close-knit Fairmount community gathered as they could during the pandemic with a vigil over Zoom Wednesday night.

A guidance counselor at Bache Martin School, where some of the youngest victims were enrolled, told those at the vigil, there's no right way to grieve.

Bache-Martin is virtual this week, but counseling and crisis therapy will be provided to students.

There was no immediate word on the cause of this fire, but sources tell Action News that investigators are looking into the possibility the blaze might have been sparked after a child started a Christmas tree fire.

The fire department said it took about 50 minutes to bring the fire under control.

There were no working smoke detectors in the home, fire officials said.

Sources say a blaze that killed 12 people was possibly sparked by a Christmas tree fire. Bob Brooks reports for Action News at 11 p.m. on Jan. 5, 2022.