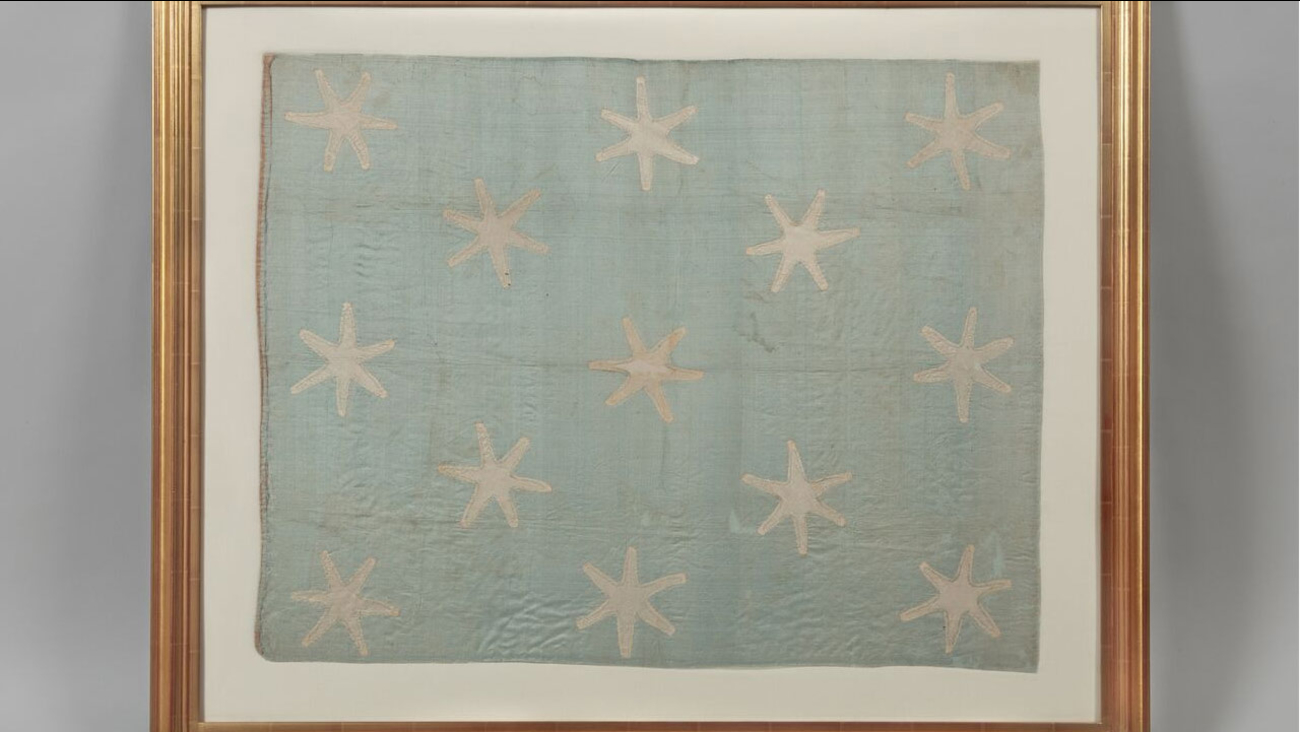 (The Museum of the American Revolution)

The faded and fragile blue silk flag marked Washington's presence on the battlefield during the war, and its appearance at the museum is the flag's first public display in Philadelphia since the war.

The museum is bringing the flag, known as the Commander-in-Chief's Standard, out of its archives for public viewing from Thursday through Sunday.

It features 13 white stars on a blue background, representing the 13 colonies.

Collections manager Michelle Moskal, right, and curator Mark Turdo hang the Commander-in-Chief's Standard at an exhibition gallery in the Museum of the American Revolution.

"Revolutionary Americans adopted various symbols to represent the new republic that they created after the Declaration of Independence," said Dr. R. Scott Stephenson, vice president of collections, exhibitions and programs for the museum. "Washington's Standard includes a blue field with thirteen white stars representing a new constellation, which Congress adopted in 1777 as a component of the now familiar 'Star-Spangled Banner.'"

In the early 20th century, descendants of Washington's sister, Betty Washington Lewis, donated the flag to the Valley Forge Historical Society. The society transferred the collection to the museum in 2003.

In the museum's main exhibition, visitors can view two other rare, Revolutionary-era flags that are on display. The Monmouth Flag is one of the oldest surviving flags from the American Revolution, dating to about 1775. It still has the British Union in the corner.

The Forster Flag may be one of the earliest American flags to have been altered after the Declaration of Independence. It is clear that the British Union was removed from it and the white fabric has been reworked to create stripes.