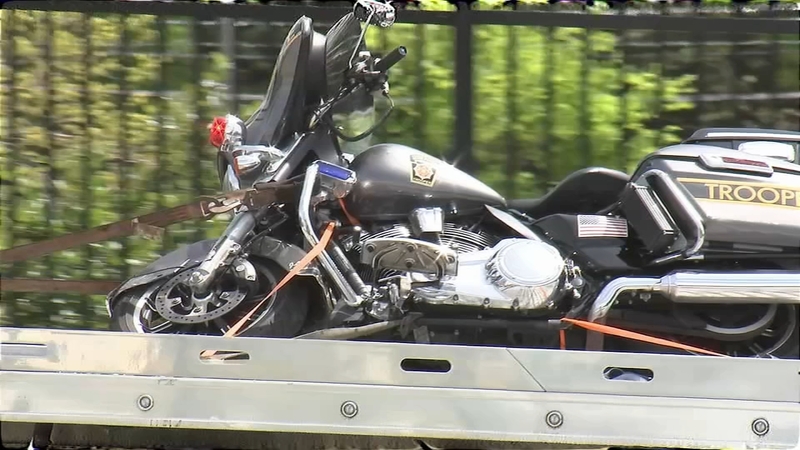 PHILADELPHIA (WPVI) -- A Pennsylvania State Trooper is hospitalized after getting hit by a car in the East Falls section of Philadelphia.

The hit-and-run crash occurred shortly after 10 a.m. Saturday along the 3400 block of School House Lane, according to state police.

The trooper was taken to Temple University Hospital, where he is currently conscious & in stable condition, officials confirm.

State police say it's still early in the investigation and they have not interviewed the injured state trooper yet.