"What better way to bring everybody together than through sports," said Juliette Jawara, of Port Richmond.
WPVI
By Katie Katro 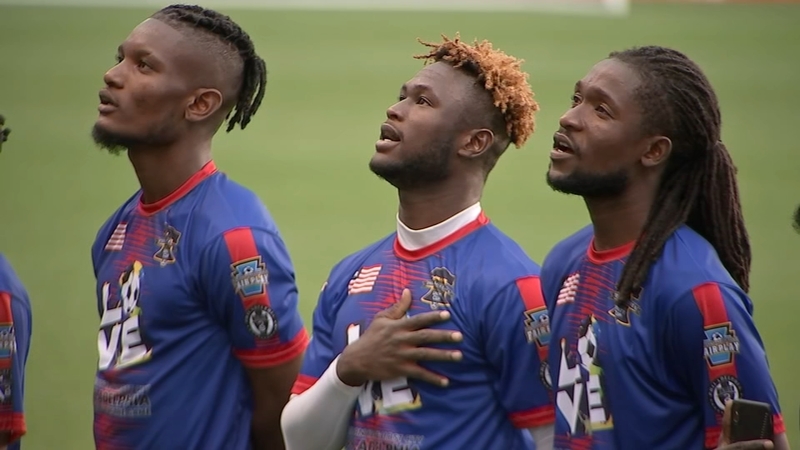 CHESTER, Pennsylvania (WPVI) -- The Philadelphia International Unity Cup Final was a showdown between Sierra Leone and Liberia at Subaru Park in Chester on Saturday evening. People of all ages showed up to support their team.

"I get to see my country play for the first time, and this is like beyond exciting," said Juliette Jawara, from Port Richmond.

The tournament has been going on for months, aimed to celebrate the city's diverse immigrant communities through soccer.

"Soccer is a big sport, so football, like I would call it, football brings everybody together, it's a universal language," said Jerome Pour, from Darby, Pennsylvania.

The tournament was held World Cup style with players representing their countries.

"We're a big city right, we're hoping to get the World Cup in 2026, this showcases exactly what we do in the city of Philadelphia," said Bill Salvatore, Unity Cup Director, working with Philadelphia Parks and Recreation.

Liberia scored the only goal of the game, early on in the first half. Fans say the cup helped unite them too.

"Immigrants showing up and uniting over playing a sport like soccer. I think we tend to forget that soccer is not only an international sport, but it brings a lot of unity across the world," said Stephen Maier, from Port Richmond.