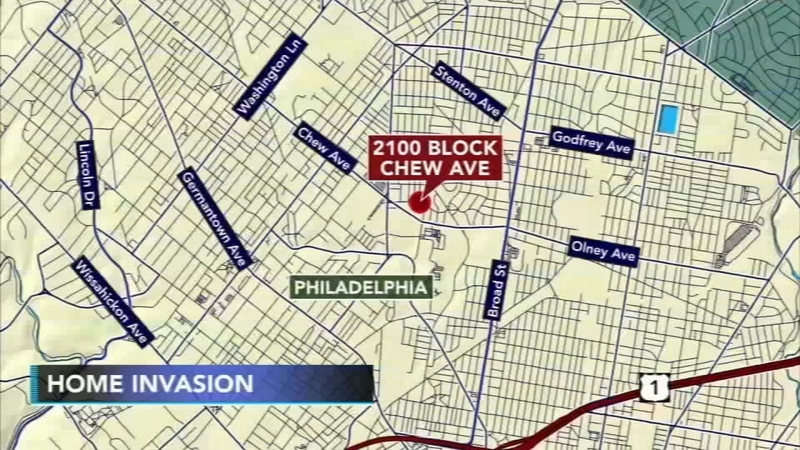 PHILADELPHIA (WPVI) -- La Salle University students are talking after an armed robbery and home invasion occurred in an apartment just 50 yards from campus.

Senior John Hall says he and about 20 friends were hanging out in his off-campus home on the 2100 block of West Chew Avenue around 6:30 p.m. Saturday.

He says he answered a knock on the front door and a man asked if he could come inside. Hall told the man it was a private party.

That's when Hall says he was pushed aside by a masked man armed with a gun who barged his way in.

Hall says the masked gunman threatened to kill everyone inside.

"He went to my one friend, put a gun to his head, and said, 'Give me everything in your pockets,'" Hall said.

According to Hall, the armed man stole his phone and the friend's phone before leaving the home.

"We were all in danger," Hall said.

La Salle says it sent out a text when it first found out about the home invasion and robbery.

Student Joe Markmann who lives in an off-campus home a few doors away from Hall says there has been a lot of these incidents recently.

Markmann says he realizes living on-campus is a little different story with security patrolling constantly, but "still you feel like when you live this close to a school you want to feel safe and I think that recently has been hard to come by."

Just last week, a La Salle spokesperson told Action News there have been four robberies and three thefts or attempted thefts near campus since January 1.

"We're so close to the school, the school's got to do something about this," student David Kim said.

La Salle say it has tripled the number of surveillance cameras and hired a Philadelphia officer to assist campus police.

La Salle University in response said, "Public Safety has added additional patrols in the area of Olney and Chew. Our officers now wear high-visibility safety vests, so they can easily be seen. The University employs a Philadelphia Police officer, who patrols nightly from 6 p.m. to 2 a.m. around the high-activity areas. Beginning this week, patrols will be increased during these times."