The winner gets crowned Wednesday at 1 pm.
WPVI
By 6abc Digital Staff and Alicia Vitarelli 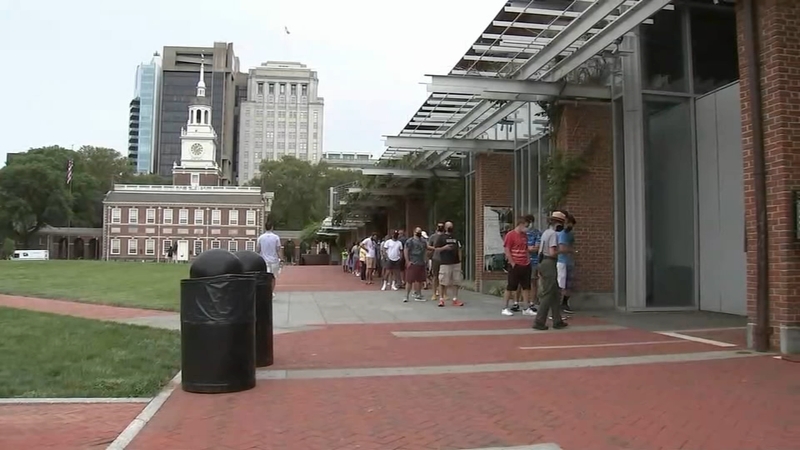 PHILADELPHIA (WPVI) -- It's the final showdown.

An urban planner is behind the 'Philadelphia Madness' Twitter tournament.

It's a hot race between the top 2: Passyunk Square and Old City.

Autumn Florek created this bracketed tournament and started with 128 Philly neighborhoods. Over the past few weeks, the neighborhoods have gone head-to-head in a March Madness-style tournament.

"Passyunk Square beat Rittenhouse Square to get to the final," said Florek, who did a similar bracket in New York City where there were also a lot of emotions and upsets.

It's been a similar scene here, playing out with Philly throwing some virtual punches on Twitter.

"I'm telling you. It's like crowning the best cheesesteak. There will be people, I mean, inevitably people will be upset. And there will be some anger and like, you know, some bravado to whoever wins," said Florek.

A winner gets crowned Wednesday at 1 p.m.

The winner gets bragging rights -- a Philly favorite.