Man dies after stealing car with kids inside, beaten by crowd: Police 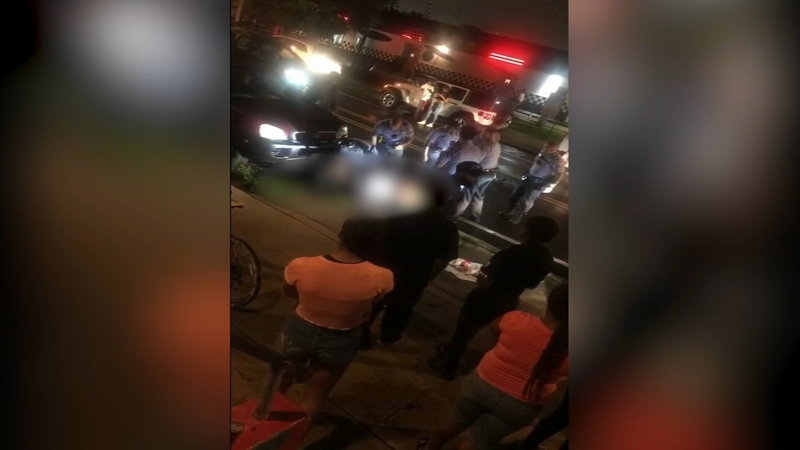 Car thief dies after being beaten by crowd: Police

PHILADELPHIA (WPVI) -- Police identified 54-year-old Eric Hood as the man killed after a crowd kicked and punched him when they learned he stole a car with three children inside.

The theft happened at approximately 9:50 p.m. Thursday near 29th and Dauphin streets in Strawberry Mansion.

According to police, a mother was traveling with her three kids when she stopped to visit the father of two of her children at a pizza shop, leaving the car running with the children inside.

According to police, both the mother and father ran after the car and pulled Hood out of the driver's seat.

Philadelphia Police Homicide Captain Jason Smith says the father and Hood got into an altercation.

"Hood managed to break free from the father and fled across 29th Street. It was at this time that a crowd of individuals stopped Mr. Hood and forced him to the ground," Smith said. "The crowd kicked and punched Mr. Hood until the arrival of responding police. At some point Mr. Hood became unresponsive."

Police are reviewing video posted on Instagram and surveillance video from the scene to see exactly how large the crowd was and they are working to identify the people who took part in the beating.

"The video is very clear," Smith said. He then urged the people involved to come forward.

"I think it's a much better idea to make contact with us then us with them," he said.

The Medical Examiner will conduct an autopsy to determine Hood's cause of death and run tests to see if he had drugs in his system.

Hood had a lengthy arrest record with 24 arrests - the last one dated in 2007.

The mother of the kids left in the vehicle could also face charges for leaving them in a running car.