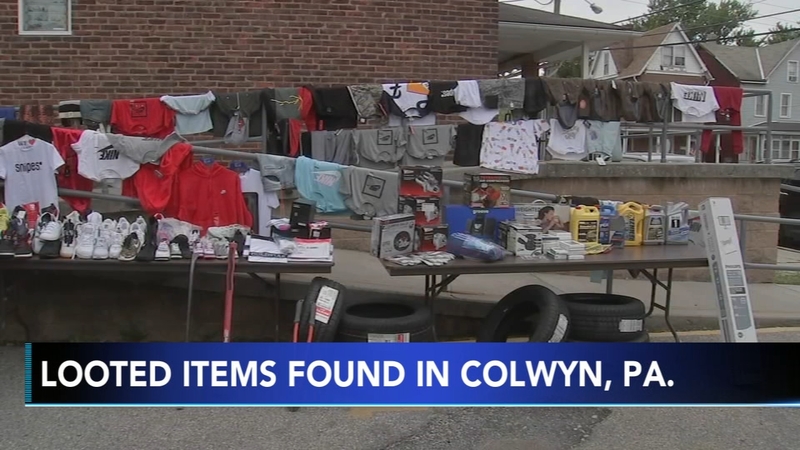 COLWYN, Pennsylvania (WPVI) -- Police in Delaware County have taken two people into custody who they say stole thousands of dollars worth of items during a looting spree.

Colwyn police said they received a tip that stolen merchandise could be found in an apartment in the 300 block of Main Street in the borough.

Officials said when they checked the apartment they recovered an estimated $5,000 to $10,000 in merchandise.

Police said the thieves took everything from tires to baby clothes and dozens of bottles of liquor.

"We got an anonymous call in reference to some domestic violence, and when they went there they saw all this," said Colwyn Mayor Maurice Clark.

Now police want to hear from the stores where all that stuff was taken.