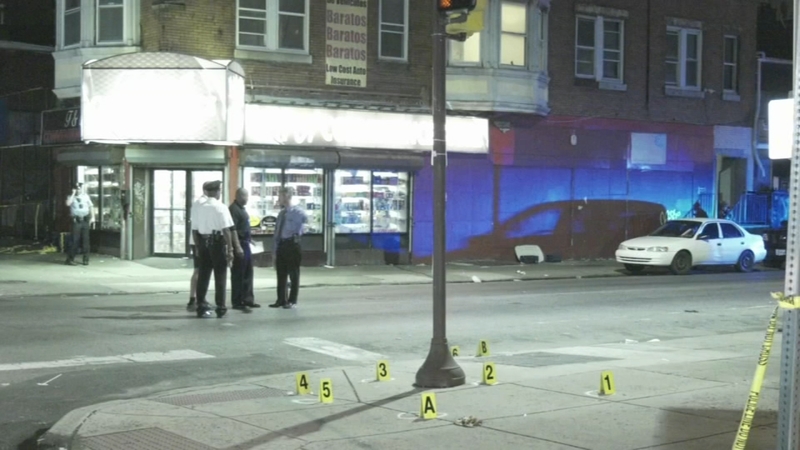 PHILADELPHIA (WPVI) -- A Philadelphia officer fired his weapon at a suspect who lunged toward police holding a box cutter, authorities said.

According to police, two officers in uniform were on patrol going northbound on Front Street when they saw what looked to be an altercation between a male pedestrian and people in a Nissan SUV.

As the driver in the Nissan tried to pull away, police said the pedestrian held onto the vehicle.

Officers got involved and the man pulled out a box cutter. The officers said the man lunged at them at least twice.

One officer fired his weapon five times hitting the man in the stomach, police said. The suspect was rushed to an area hospital and is in critical condition.

The 28-year-old officer who fired his weapon has been a member of the force for three years.

Interim Police Commissioner Christine Coulter said the officer did not have a Taser on him.