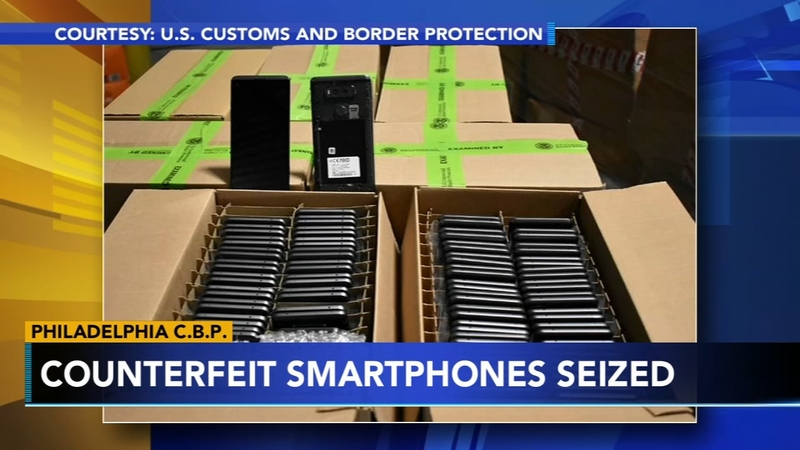 PHILADELPHIA -- Nearly 4,500 counterfeit smartphones were seized by U.S. Customs and Border Protection after they arrived in Philadelphia.

Officers seized the first shipment on July 26, and the second of August 9.

Authorities say both shipments traveled from China through the Dominican Republic before arriving in Philadelphia.