Murder of 15-year-old boy in Philadelphia may be case of mistaken identity, police say 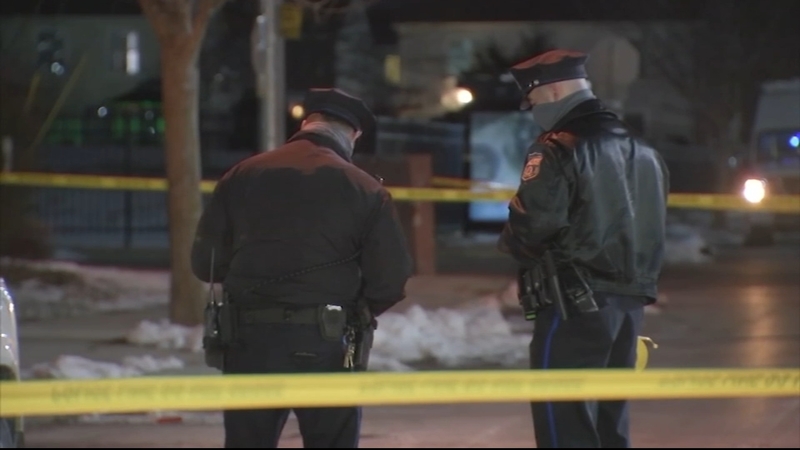 PHILADELPHIA (WPVI) -- The shooting death of a 15-year-old boy may be a case of mistaken identity, Philadelphia police say.

The head of the city's homicide division, Capt. Jason Smith, provided that update during a news conference on Tuesday afternoon.

"We believe this is a case of mistaken identity at this point in time," Smith said. "We think he's going to be an innocent victim that was targeted incorrectly."

The victim, Darius Winters, was shot at a home in the 2900 block of Morris Street on Monday evening.

Smith said Winters was with two other individuals at the time, though no other injuries were reported.

Police said three gunmen opened fire. There have been no arrests.

A young teenager is among seven people murdered in the City of Philadelphia on Monday.

Winters did not live at the home where the shooting occurred.

"We are really having a problem with getting witnesses to come forward," she said.

As of midnight Monday, the city reported 62 homicides in Philadelphia in 2021, a 55 percent increase from 2020.

"I have restructured the homicide unit. I took my special investigations unit and broke it up into two pieces so that we're covering the 7am to 3pm tour and also the 3pm to 11pm tour, and that's to provide maximum support to my line squads," he said.

The police department said today there are 71 investigators within the homicide unit.

"We have to do what we have to do handling live investigations but what we don't want is the caseload per investigator to be over a certain point. That number is between 10-12 per year, so if we can reduce that it's been proven we can improve our clearance rate," added Smith.

Outlaw added the department changes in units, including increases in staff in some, is reflective of the increase in violence, specifically with efforts to de-escalate domestic violence since so many people, including children, are home together due to COVID-19.

"We also know narcotics are driving a lot of these shootings so we've bolstered our narcotics bureau," she said.

7 homicides in Philadelphia on Monday

Winters was one of seven people shot and killed in Philadelphia on Monday.

"There was a small child, a baby between one and two years of age, a female in the back seat, and miraculously she was not struck by gunfire," said Small.
And early Monday morning, police say a 24-year-old man was shot and killed around midnight on the 500 block of West Hill Creek Drive, and around 8:30 p.m., a 54-year-old woman was shot to death at a drug rehab facility on the 4200 block of Ridge Avenue.