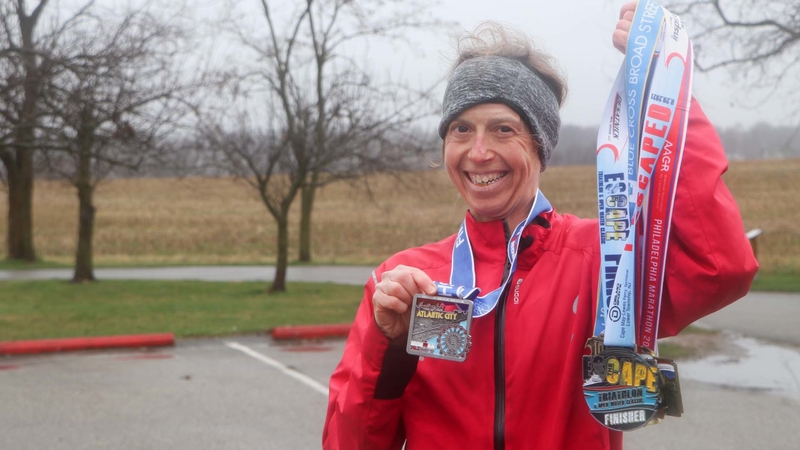 NORRISTOWN, Pennsylvania (WPVI) -- "Many people told me I couldn't run again," said Hannah Ludescher. "I didn't listen to them. And now, I'm running a lot faster."

Ludescher, 42, was an avid triathlon and marathon participant despite being diagnosed with asthma. But during her 30s, the condition stopped her in her tracks.

"I was constantly in the hospital. I was on BiPAP in the ICU," she said. "So, they actually sent me to Temple Lung Center, and then I got approved for the procedure."

That procedure is known as a bronchial thermoplasty. Dr. Sean Duffy, an associate professor of pulmonary and critical care disease at Temple Lung Center, says it's become a viable treatment within the last decade.

"It's a treatment where we can go into the airways with a bronchoscope and deliver a thermal energy or heat and that's what helps shrink the muscle layer that's around your airways," said Dr. Duffy. "And that prevents constriction of that airway when you have a flare up.

Ludescher received the treatment over several months, targeting different parts of her lungs during outpatient procedures. Ever since, she has crossed the finish line at the Broad Street Run, Philadelphia Marathon, and others.

This Saturday, she will run in the Phillies Charities 5K, which is returning in-person for the first time since 2019. The 12th annual event circles Citizens Bank Park and the Navy Yard to raise funds for Phillies Charities.

When she's not running, Hannah Ludescher is an interventional radiology nurse at Suburban Community Hospital in Norristown, Pennsylvania. She loves her job, loves running, and loves life now that she's been given a new lease on it.

"I feel like a brand new person," she said. "I'm able to breathe again. I got my life back."

To learn more about the Temple Lung Center or Phillies Charities 5K, visit their websites.